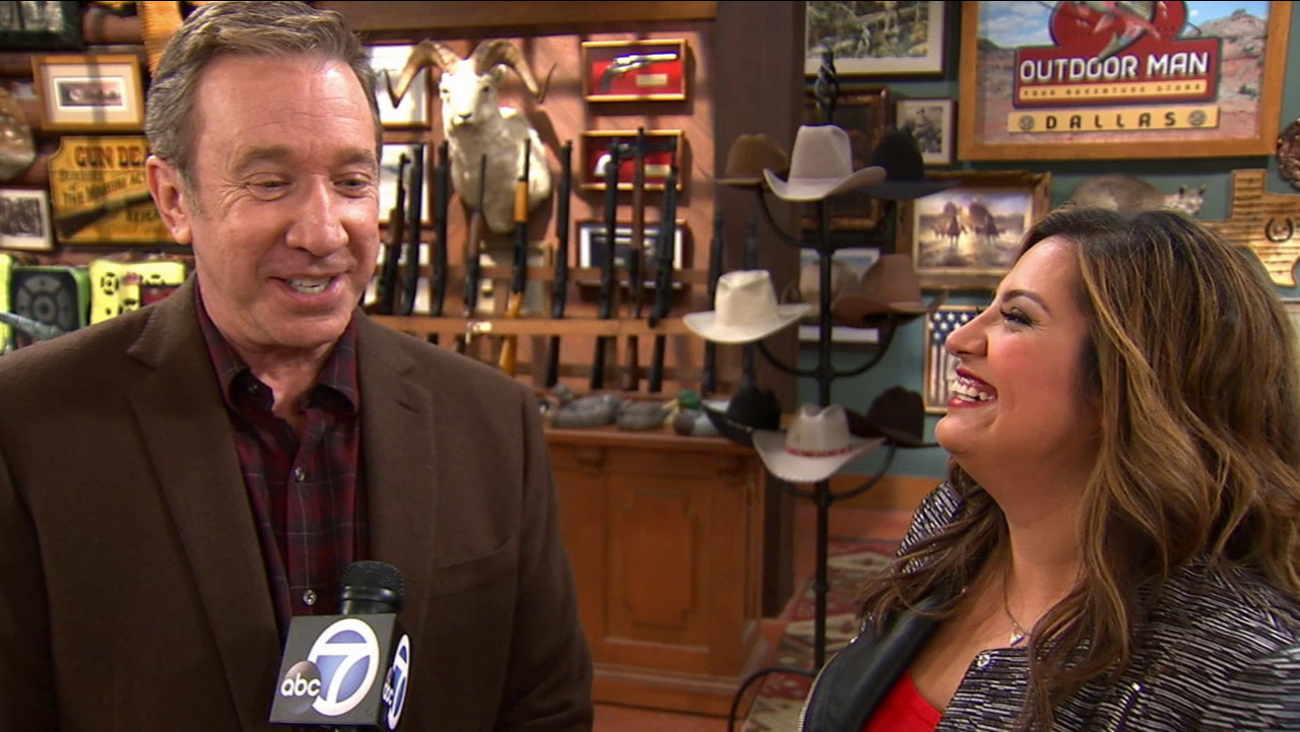 LOS ANGELES (KABC) -- Both Tim Allen and Cristela Alonzo got their show business starts in stand-up comedy. Now, their sitcoms are back-to-back on ABC on Friday nights, so it only seemed natural that the two shows should cross-over.

For the episode called "Last Goose Standing," Allen's "Last Man Standing" character Mike Baxter needs a little legal advice, and he finds someone with expertise in aspiring lawyer Cristela. The night the show taped in Studio City, Allen says he knew from the get-go that this pairing would be something special.

"She's definitely a comedian," Allen said. "A sharp one, a pretty one, a talented one, so it's made my night, to be honest with you."

"I really liked working with him," Alonzo said. "And I think both coming from stand-up, it's a little different from just acting. There's something more natural about it because we also play a version of ourselves, I think, in the show, so it's so easy to be yourself. So why not get the two people playing a version of themselves together to play? I mean, why not?"

Despite their current sitcom star status, both comedians still do stand-up whenever they get the chance.

"I like doing shows on the weekend because that's a different thing than what you do hear, and that's where you come from, so you always feel you have to go back to it, you know," Alonso said.

Allen is often found at the Laugh Factory in Hollywood, where he works on material for his show at the Mirage Hotel and Casino in Las Vegas.

"I'm the guy I used to hate when I was a newcomer," Allen said, joking.