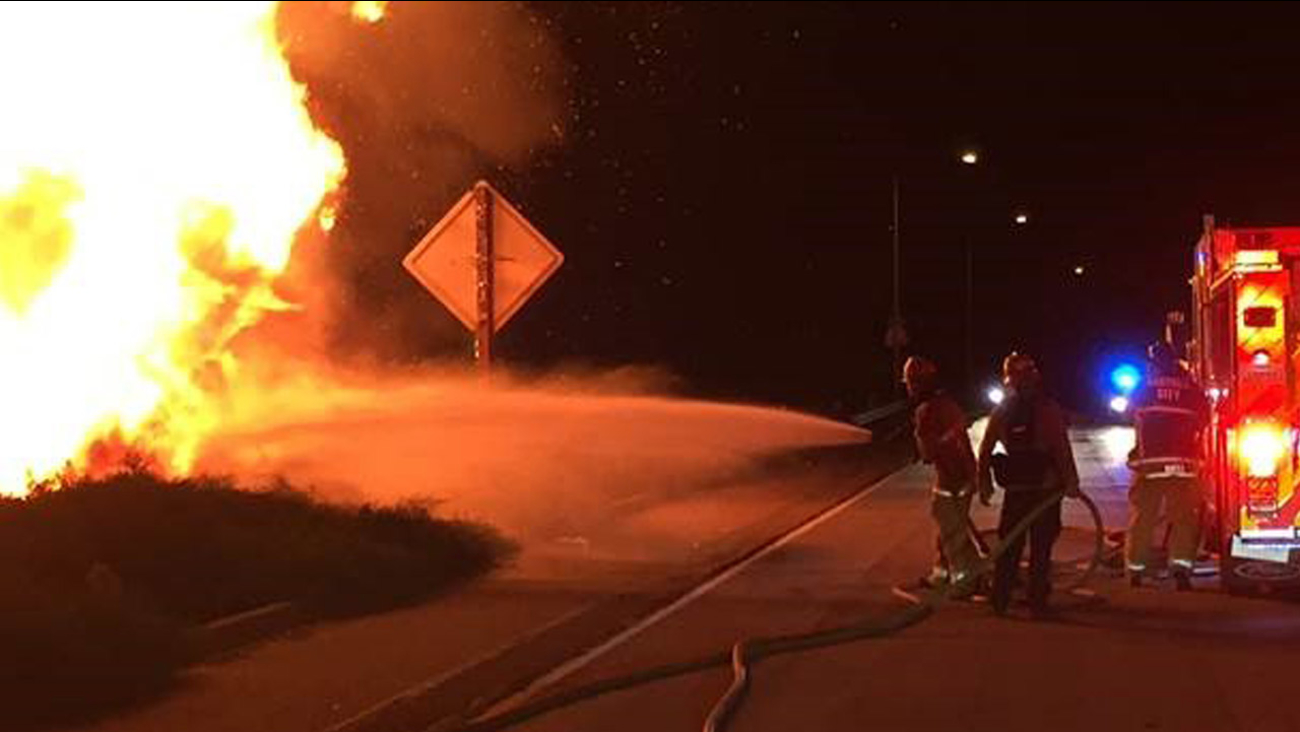 Firefighters work to put out a blaze that erupted in heavy brush in Ventura on Sunday, Nov. 29, 2015. (KABC)

VENTURA, Calif. (KABC) -- A 3-acre brush fire erupted in Ventura Saturday night, causing a temporary closure for both directions of the 101 Freeway and eastbound 126 Freeway.

Initially, the blazes were deemed threats to a nearby mobile home community, but firefighters later said the area was safe.

About 52 firefighters ended up splitting between two fires that eventually merged and charred 3 acres. The blaze was driven by strong winds and heavy brush. Flames reached as high as 40 feet, firefighters said.

The blaze was eventually contained and knocked down by 2 a.m. Sunday. No injuries were reported.