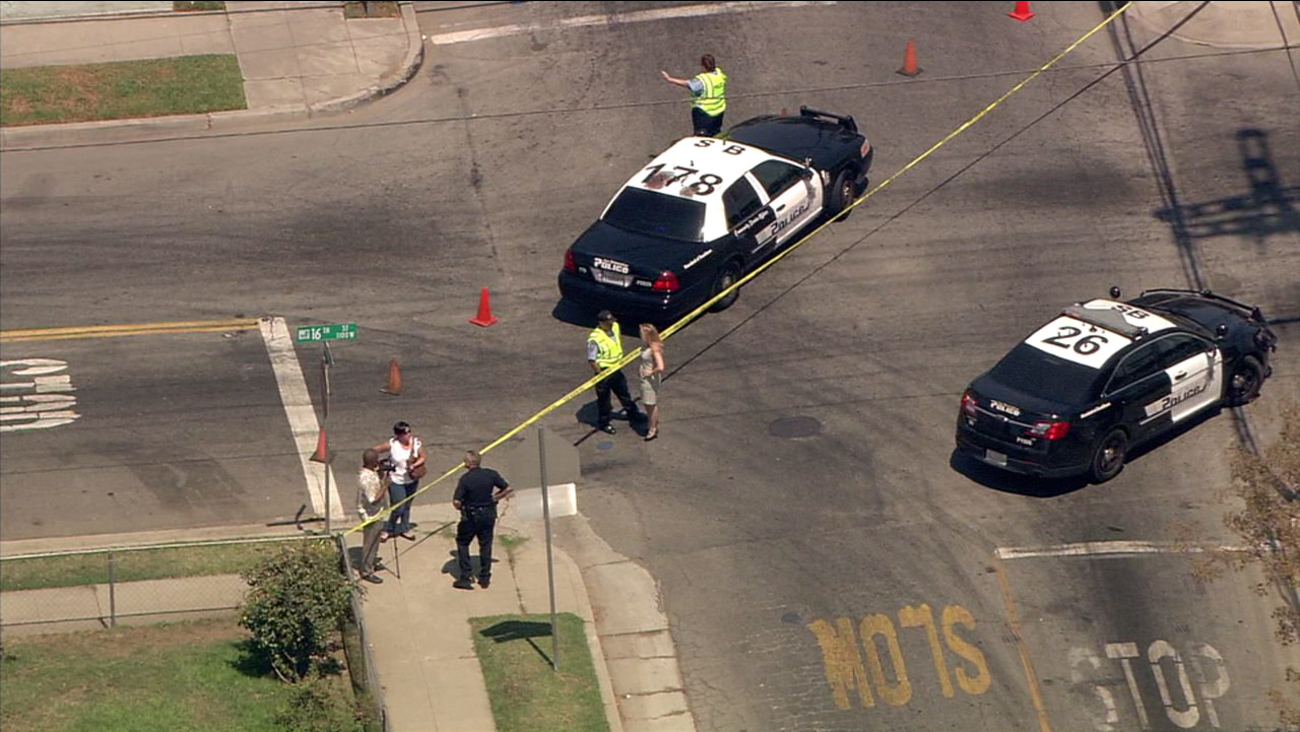 Police said they shot and killed a man who was stabbing a woman in San Bernardino on Monday, Aug. 29, 2016.

SAN BERNARDINO, Calif. (KABC) -- Police said they shot and killed a man who was stabbing a woman multiple times in San Bernardino on Monday.

Authorities responded to a domestic violence call at a home in the 1000 block of West 16th Street at about 11 a.m. When officers arrived, they said the door was closed, and they could hear screaming coming from inside.

Officers entered the home and found a man threatening a woman with a knife, police said. According to officials, the man refused several orders to drop the knife.

When police used a taser on the man, officials said the man began stabbing the woman multiple times while being tasered.

According to officials, police then shot the man. Authorities could not provide the number of times the man was shot.

Both the man and woman were rushed to the hospital. The woman suffered non-life threatening injuries, and the man succumbed to his injuries.