Powerful video released by 'With Syria' campaign to end violence 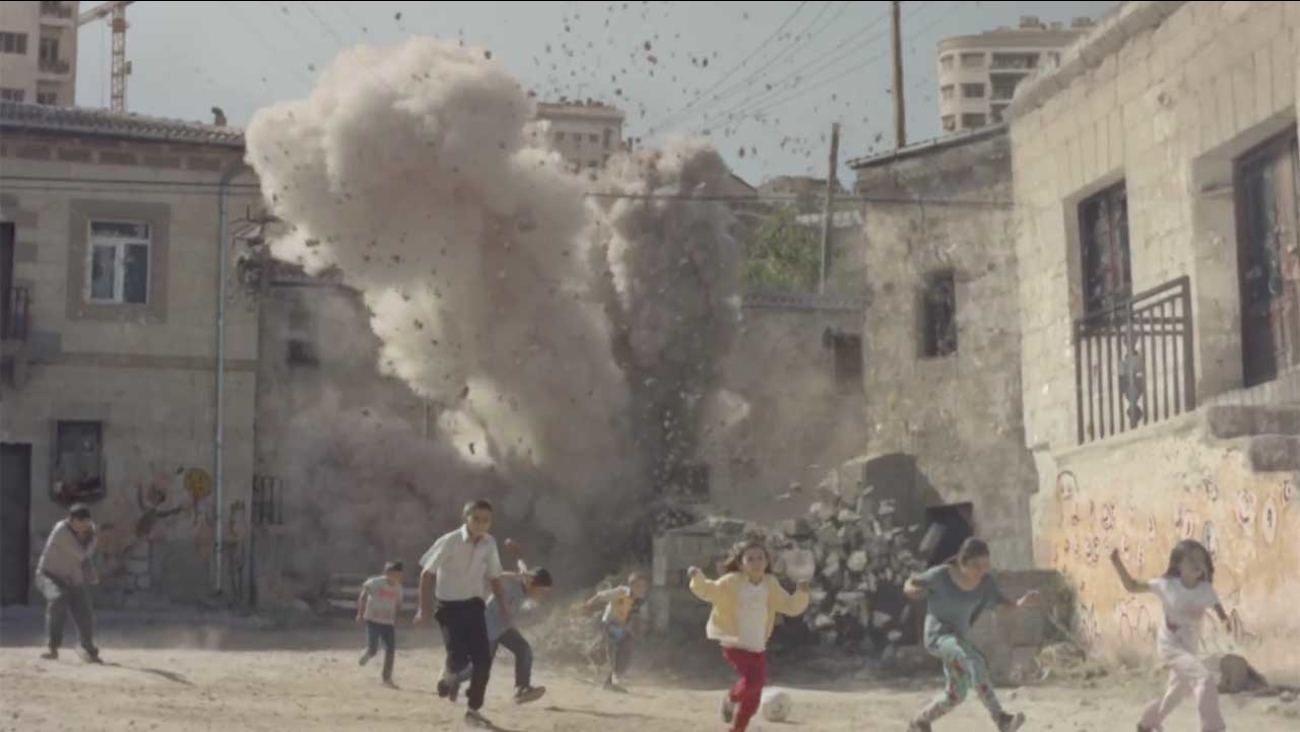 What if we could reverse the explosion of a bomb?

A group of 130 organizations from around the world, known collectively for the "With Syria" campaign, released a video Wednesday that shows just what that would look like. The campaign hopes to bring attention to the violence in Syria.

In the video, the act of a bomb exploding near children playing is reversed: The blood returns to their heads, the children stand back up, run in reverse and continue the game they were playing. A message says, "We can't reverse what's happened in Syria, but we can change how the story ends."

The website for the #withsyria movement says that the goal is to bring attention to the violence in order to pressure world leaders to take action. It is led by The Syria Campaign, a non-profit based out of the United Kingdom, and supported by dozens of organizations, including World Vision and Amnesty International. The movement began in March, using a red balloon as a symbol of hope for peace and asking people around the world to take a picture of themselves with a red balloon in order to stand #withsyria.

Neither the #withsyria movement nor The Syria Campaign have an official affiliation with any party in the conflict. However, The Syria Campaign takes a firm stance that world governments should supply more money and aid for those in need in Syria. The United Nations says it has allocated $81 million toward humanitarian efforts in Syria since 2012.