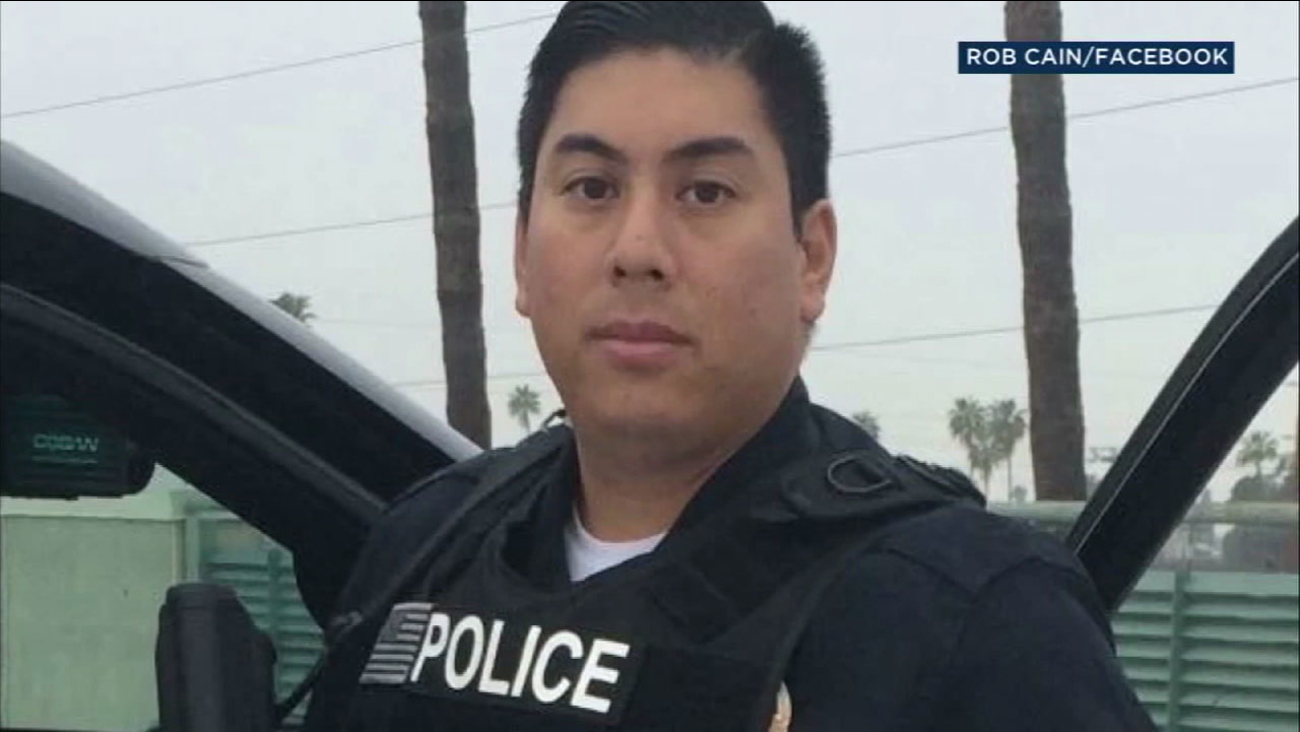 RANCHO CUCAMONGA, Calif. (KABC) -- A police officer at the center of a scandal involving the LAPD's cadet program is back in jail after charges were formally filed regarding a cache of illegal weapons allegedly discovered in his Rancho Cucamonga home.

Los Angeles Police Department Officer Robert Cain surrendered to the custody of the San Bernardino County Sheriff's Department on Thursday after the District Attorney's office charged him with 10 felony weapons crimes, including illegal possession and manufacturing of assault rifles.

Cain is being held on $500,000 bail and is expected to appear in court Friday.

At the time, investigators said they needed to examine the weapons and determine their legal status.

On Wednesday, they presented their findings to the San Bernardino County DA's office. They said several were restricted firearms, including assault rifles as well as what was described as "weapons-related contraband." Several were determined to be illegal to possess in California.

Cain initially came to the attention of authorities amid an investigation into the LAPD's cadet program which was triggered by the theft of police cruisers and other equipment by juveniles in the program.