The Academy Museum of Motion Pictures: A dream come to life 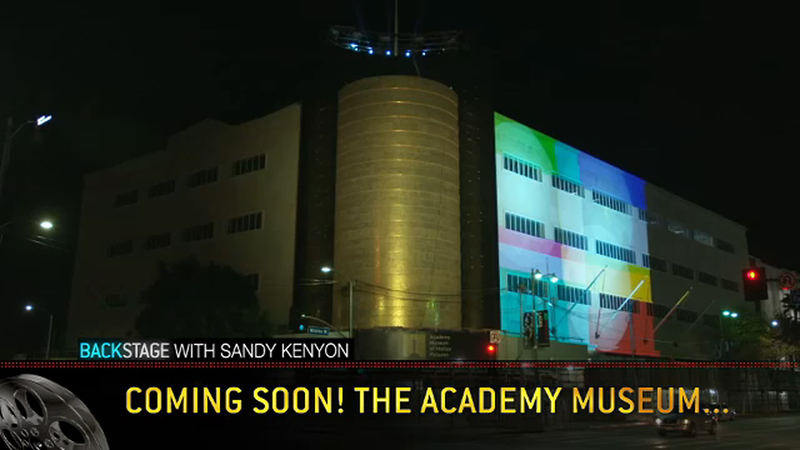 The Academy Museum of Motion Pictures: A dream come to life

LOS ANGELES, California -- The Academy Museum of Motion Pictures is the realization of a dream that dates back to the earliest days of Hollywood. Construction continues, but the dream will soon become a reality.

"Three years ago, there was nothing but a hole in the ground here," museum director Kerry Brougher said. "And now, all of the sudden, it's come out, bit by bit, and we've created, through Renzo Piano's brilliant architecture, we've created an almost factory here. A kind of dream factory that represents Hollywood and the Hollywood dream factory that was capable of making these wonderful illusions."

The first-of-its kind museum in Los Angeles is designed to appeal to film fans and casual moviegoers -- and everyone in between.

"It's been a gigantic project, because it's two buildings, 300,000 square feet, building a collection, gathering together thousands of feet of film that we're going to play at the exhibitions, lots of works on paper like posters, photographs, of course the films themselves, the montages," Brougher said. "But then you'll see props and artifacts, as well, like the doors from Casablanca, Miniature from 2001: A Space Odyssey, and of course the ruby slippers from The Wizard of Oz, which is the close-up pair, by the way, the ones they used to actually shoot the close-ups. They didn't dance in those because they didn't want to ruin them."

There is actually a whole room devoted to the classic film about Dorothy and her friends.

"The Wizard of Oz will be seen right in the lobby," Brougher said. "And it represents, for me, your own journey through the museum, because like Dorothy, you will actually go from reality into a kind of dreamscape."

It's a heady mix of new and old, which will also allow visitors to step behind the silver screen to see how magic is made.

"Renzo Piano has created this great cinematic experience of light and shadow, which is also what cinema is, because cinema is made up of light," Brougher said. "So you move from light into shadow areas into panoramic views."

It is not just an Oscars museum, but Oscar certainly has his place.

"There will always be an area in the museum dedicated to the Academy Awards," Brougher said. "You will be able to come in and get a whole history of Oscar, and ultimately, you'll be able to hold an Oscar. And that's what everyone wants to do."

It's a unique -- and heavy -- experience for sure.

The historic building once housed a department store and is connected to a sphere with a movie theater inside. On top is a terrace with a striking view of the Hollywood sign.

"When the structure went on for the top of the dome, which is going to be glass for the observation desk that looks to the Hollywood hills, suddenly it all became real," Brougher said.

With completion still a few months away, the Hollywood community got a preview of what to expect.

"When we lit the building up, it was a celebration of restoring this...building back to what it was in 1939, the greatest year for motion pictures," Brougher said. "With Gone with the Wind, The Wizard of Oz, and all the great films from that time, it just felt like all the sudden we were transported back to early Los Angeles and the golden days of Hollywood."

And the museum may be located in California, but it's really for the entire world.

"It's an international museum about cinema, right from the very beginning of cinema up to the present and with looks toward the future," Brougher said.

A range of events and exhibitions are planned for the museum's opening in late 2019, including one on a famous Japanese animator and another taking an in-depth look at early black cinema.

And the hope is that those who experience the museum will not only recognize the art form, but also that it might inspire a new generation of filmmakers.

"The great thing about film is that it's for everybody," Brougher said. "Everybody loves the movies, so it's not like you're doing a museum where you have to convince people that the subject is important."