Aunt of Barstow boy, 1, recounts rush to hospital after parents allegedly brought his body to home 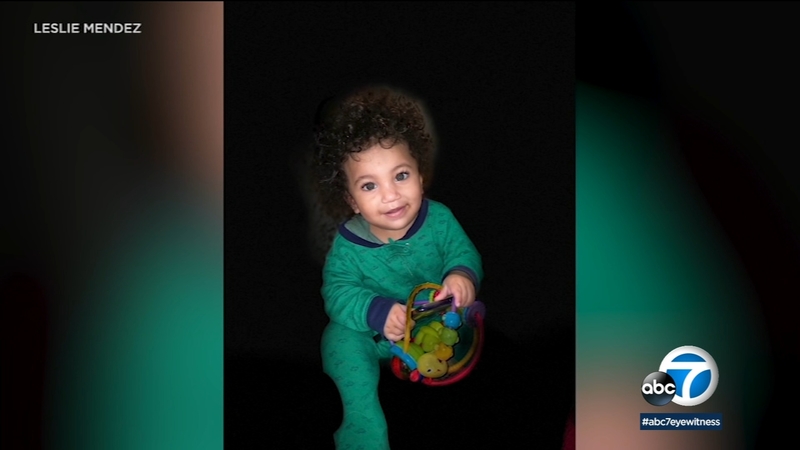 Barstow aunt speaks out on nephew's death: 'Everybody is devastated'

POMONA, Calif. (KABC) -- The family of 1-year-old Jamari Mendez still do not know how he died, only that his parents were allegedly involved.

"Everybody is devastated," said Leslie Mendez, Jamari's aunt. "We didn't expect our own blood to do this to his own son."

Leslie's brother, Ricardo Mendez, 27, and his girlfriend Antanita Miller, 24, are accused of murdering the toddler.

Mendez and Miller arrived with their two other children unexpectedly at a family home around 7 p.m. Monday. They said their youngest was with Miller's mother.

Unbeknownst to the family inside the house, Jamari was still in the couple's car under a blanket.

"They both walked inside like nothing happened," Leslie said.

Two parents from Barstow are facing criminal charges after their baby boy died of alleged abuse, including apparent burn marks all over his body, police say.

Ricardo eventually told their mother Jamari had died and revealed to the family he was still in the couple's car under a blanket. Family members then discovered the lifeless body in the back of the couple's vehicle.

"Everybody runs and he was covered in blankets. That's when my two other brothers helped my sister-in-law take the baby out," Leslie said.

Leslie said she and her sister-in-law immediately drove the victim to the hospital for treatment. Ricardo and Antanita stayed behind.

Leslie carried Jamari in her arms into the Pomona Valley Hospital just before 8 p.m. Despite efforts revive the child, Jamari had arrived unresponsive at the hospital and was pronounced dead. Hospital staff soon contacted the Pomona Valley Police Department.

Detectives assessed that the injuries sustained by the infant were consistent with ongoing abuse. The infant had visible signs of lesions, bruising and burn marks, investigators said.

Both parents were soon arrested.

"When they arrested her, she waved at my sister and smiled," Leslie said, referring to Jamari's mother.

The Barstow Police Department served a search warrant to the suspects. Detectives said they located items of evidence believed to have been used during the assault of the child.

Police said a torch lighter was found in the couple's vehicle, adding that the burn marks found on the boy's body were consistent with the top of the lighter.

Leslie Mendez said prior to his death, their family last saw Jamari in March. Both families are now left reeling over the loss of the young boy with smiling eyes and an infectious laugh.

Leslie has started a GoFundMe to help pay for the infant's funeral costs.

The parents are scheduled to appear in court May 5 for their arraignment on murder, assault on a child causing death and torture.