Perris torture case: Support for victims pouring in from around the world 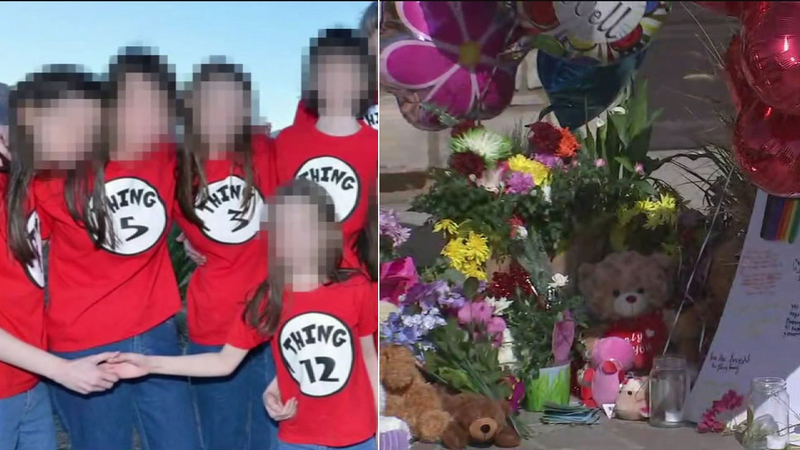 Support for Perris torture victims pouring in from around world

CORONA, Calif. (KABC) -- More than $60,000 have been raised for the 13 siblings allegedly held captive by their parents in Perris, and the donations continue to pour in from around the world.

The Corona Chamber of Commerce hosted its monthly breakfast on Friday. Before it began, a basket was passed around to collect donations for the Perris victims.

"I just want the children to know there's people in the world that love them," Spiegel said.

The chamber has been responsible for delivering donations of clothing and hygiene items to Corona Regional Medical Center, where the adult children of the Perris family are being cared for.

"Yesterday when we first opened it up, it was coming in on the minute. Folks everywhere, everywhere were giving," said Erin Phillips with the Riverside University Health system Foundation.

Together, they have already raised well over $50,000 through their websites. You can access the page by clicking here or here.

"We feel help helpless in a situation like this, but there is something that you can do. You can give to these kids," Phillips said.

While there is no official GoFundMe account, a GoFundMe spokesperson told ABC7 that any funds raised for the Perris siblings are being monitored and will be sent directly to the Corona Chamber of Commerce to help with long-term care for years to come.

Chamber officials said they no longer need the clothing and hygiene donations - that need has been met. It really is now the money that will add up and make a huge difference in the long run. A trust fund will soon be set up for the 13.

Meantime, a tribute where the children lived, allegedly in horrific conditions, was growing in support of the victims. Balloons, teddy bears and candles lines the walkway up to the Perris home.

"We feel so awful that they don't know that we were here for them," said neighbor Salynn Simon.

Simon said neighbors are also raising money for the children. Simon said her daughter wants to show support in her own way.

"She said, 'Why don't we do a lemonade stand for them so they'll have money to buy new shoes and new clothes?' It warmed my heart that my little one would kind of come up with that," Simon shared.

David and Louise Turpin are accused of starving and shackling their 13 adult and juvenile children to their beds, sometimes for months. The children were allegedly beaten and choked, given scant medical care, often denied use of a toilet, allowed to shower but once a year and knew virtually nothing of the outside world.

David Turpin also pleaded not guilty to performing a lewd act on a child under age 14.

They were jailed on $12 million bail each. If convicted on all charges, the Turpins could face up to 94 years to life in prison.

In a press conference Thursday, Riverside County District Attorney Mike Hestrin said the children range in age from 2 to 29, and the torture and false imprisonment charges do not include the 2-year-old, who was not malnourished.

David Turpin's father, James, the children's grandfather, said from his home in Princeton, West Virginia, that he did not believe the reports about the abuse.

"I'm going to talk with the children, find out the real story on this as soon as I can get a call through to them," James Turpin told The Associated Press.

David Turpin had worked as an engineer for both Lockheed Martin and Northrop Grumman. Louise Turpin identified herself as a housewife in a 2011 bankruptcy filing.

MORE: Aunt of 13 malnourished Perris children tried to get in touch with family for years

The charges include allegations dating to 2010, when the couple moved to Riverside County from outside Fort Worth, Texas.


On Friday, Eyewitness News got a first peak into the Turpin home before they moved in. The photos were taken in 2013, when the Perris house was a model home.

The siblings, who were schooled at home, were rarely seen outside the house, though the parents posted photos of them smiling together at Disneyland and in Las Vegas, where the couple renewed their wedding vows.

In addition to raising them largely in isolation, the parents may have been able to hide the abuse by functioning while other families slept.

The children were reared on the graveyard shift, with the family staying up all night and going to bed shortly before dawn, Riverside County District Attorney Mike Hestrin said.

One of the only things the children were allowed to do was to write in their journals.

Investigators were combing through hundreds of journals found in the home, Hestrin said. They are expected to provide powerful evidence against the parents.