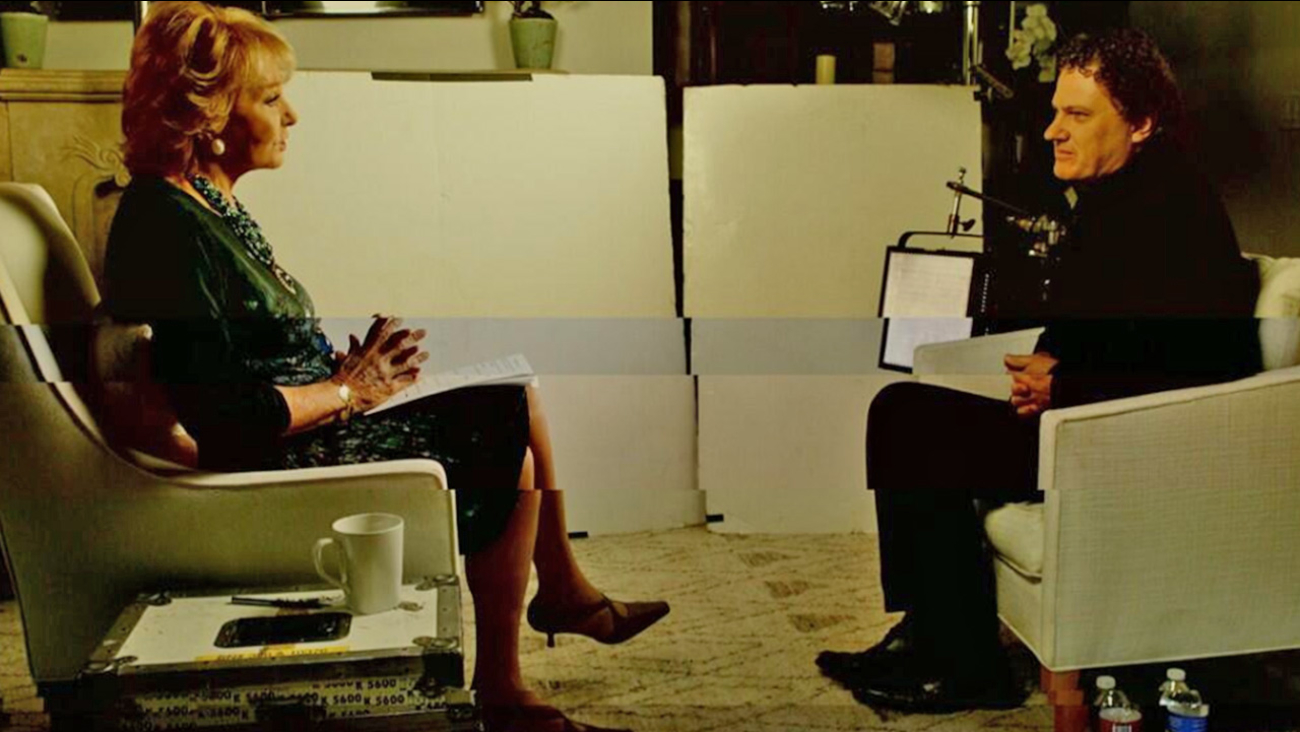 Barbara Walters tweeted this photo on Sunday, June 22, 2014, of her interview with Peter Rodger.

ISLA VISTA, Calif. (KABC) -- The father of a 22-year-old man behind the Isla Vista massacre has broken his silence in an interview with Barbara Walters that's set to air on Friday.

Peter Rodger, an assistant director on "The Hunger Games," and his ex-wife released a statement after learning of the May 23 killings, but neither gave a formal interview.

Their son, Elliot Rodger, killed six people and wounded 13 others near the University of California, Santa Barbara campus, before killing himself.

The 22-year-old left behind several videos and a 137-page manifesto that revealed his plan to exact revenge on the women he perceived to have rejected him and the men who they chose over him.

Upon receiving a message their son sent the day of the killing spree, Elliot Rodger's parents immediately contacted authorities and raced to see their son, a family friend told ABC News. They reportedly were on the 101 Freeway headed to Santa Barbara when they heard news of the violence.

Peter Rodger's interview will air Friday on a special edition of "20/20" on ABC7.