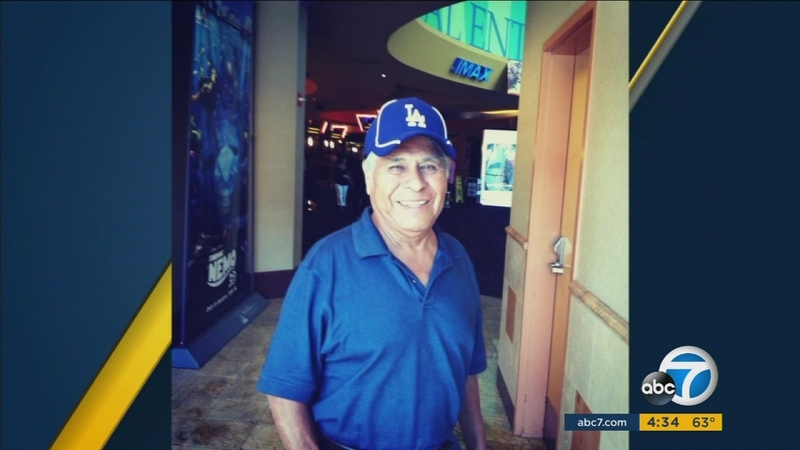 LINCOLN HEIGHTS, LOS ANGELES (KABC) -- A 76-year-old victim of a vicious pit pull attack earlier this month has died, according to family members.

Valentine Herrera was critically injured after he and his pomeranian were mauled by two neighborhood pit bulls during a walk in Lincoln Heights. The man's dog, "Dodger," was killed.

The incident happened shortly before 6 p.m. in the 2600 block of Lincoln Park Avenue on Feb. 2.

Valentine Herrera's family said Herrera was in grave condition until earlier this week but passed away Monday afternoon.

His children said it seemed the loving husband held on until his wife of 50 years was in the room.

"He was waiting for my mom to go in and say her goodbyes and then he left," shared daughter Irma Flores Herrera.

The father of three and grandfather of seven would often help his wife around the house, even when he used to work 12 hours a day, six days a week. Valentine Herrera had also just recovered from a heart attack months earlier.

His widow, Anita Herrera, who is trying to cope with his death, said she doesn't understand why he was attacked.

The family plans to file a civil lawsuit but for now, they're focusing on giving the beloved father a proper burial.

"Because my parents were not really prepered for this, so now we have to try to raise money so that we could do this for my dad," Luis Herrera said.