Video shows the moment a vintage plane crash-landed on the 101 Freeway in Agoura Hills, leading to a fiery spectacle that backed up traffic for miles.

AGOURA HILLS, Calif. (KABC) -- Dramatic new video shows the moment a vintage plane crash-landed on the 101 Freeway in Agoura Hills, leading to a fiery spectacle that backed up traffic for miles.

The video shot by a driver in the opposite lanes shows the plane fly in low, touch down on the freeway and bounce up a few times before coming to rest on the center divider.

Fortunately, the freeway was free of traffic right where the plane landed and no other vehicles were struck.

The plane burst into flames shortly after the crash, but the pilot managed to walk away unscathed.

The pilot told Eyewitness News that he had experienced engine failure.

"I picked a spot on the freeway where I knew there was a big section of cars that weren't there," said the pilot, who identified himself as Rob. "The engine completely failed. I was able to fortunately not hurt anybody, other than the airplane."

Authorities kept that section of the 101 closed for hours as they worked to investigate and eventually clear the debris from the roadway.

Van Nuys Airport officials said the AT-6 aircraft is from the Condor Squadron vintage flying club. 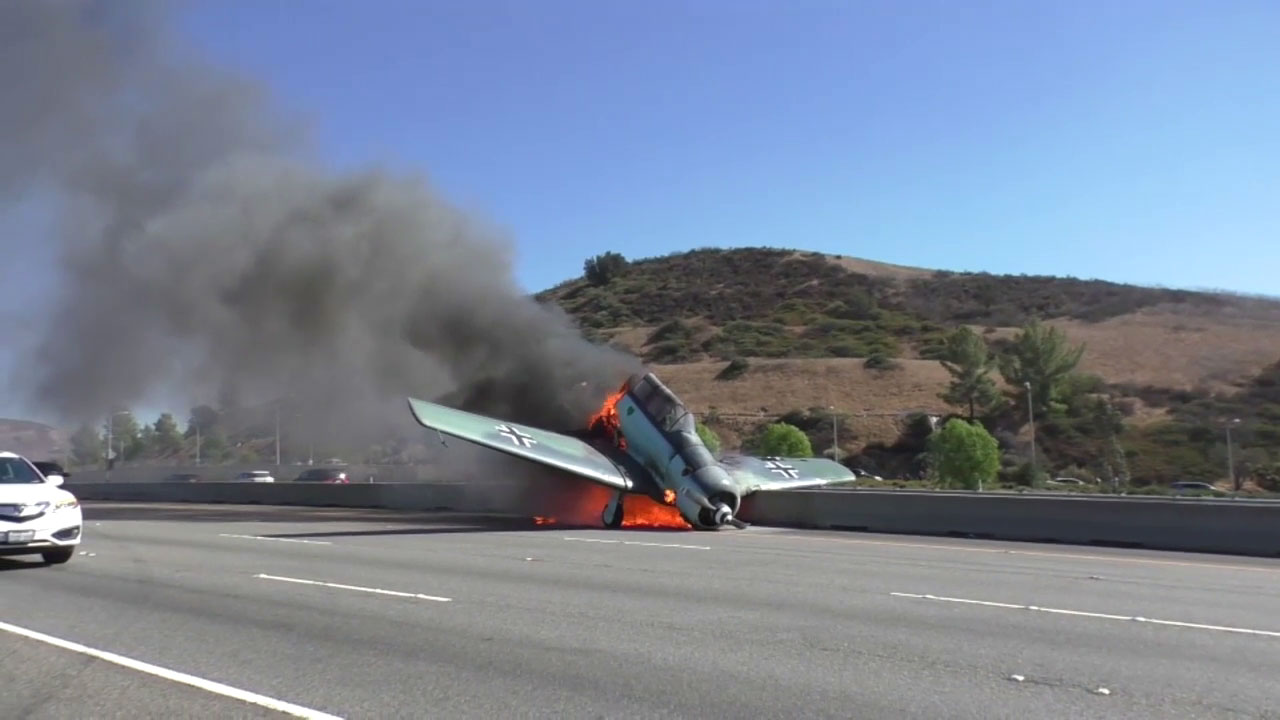