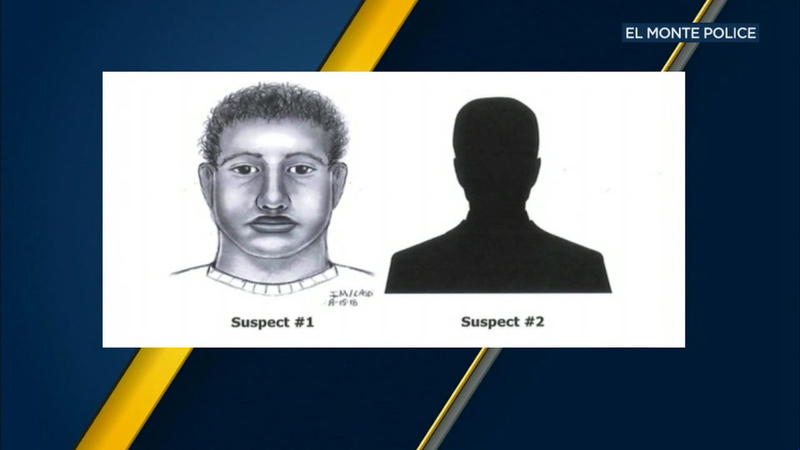 According to the El Monte Police Department, the woman was driving westbound on Valley Boulevard shortly after 1 a.m. when a white Toyota Tundra pickup truck pulled up alongside her vehicle and the two men inside motioned for her to stop.

When the woman refused to stop, the pickup truck drove in front of her and blocked her vehicle at Garvey Avenue.

The two suspects exited the pickup truck and approached the woman before identifying themselves as police officers and asking for her driver's license.

One of the suspects then pointed a handgun at the woman when she demanded to see his police identification while the other suspect reached through the window and snatched her purse and its contents, valued at around $600.

The suspects fled eastbound on Valley Boulevard and the woman was not injured.