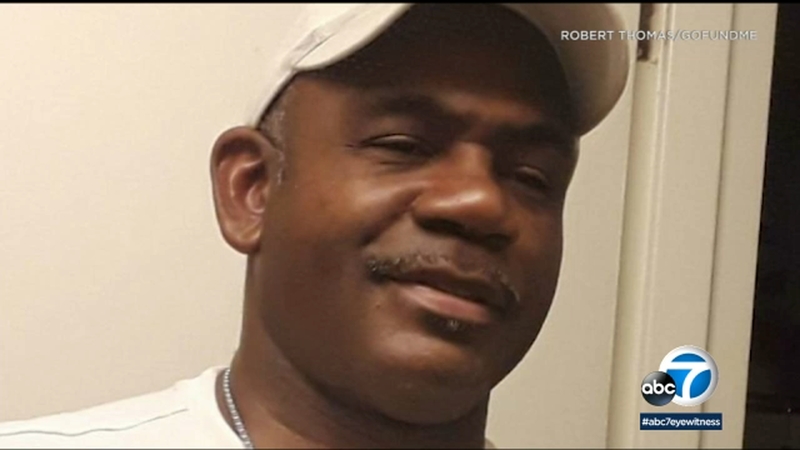 LOS ANGELES (KABC) -- Police and family members on Tuesday asked for the public's help in identifying and finding the person who fatally shot a 54-year-old Postmates driver in Cypress Park last month.

Roderick Thomas was delivering food shortly before 11 p.m. on Dec. 15 when he was shot in the neck near the 1400 block of Randall Court, according to the Los Angeles Police Department.

Officers arrived to find the wounded Thomas inside his vehicle, investigators said. Before the attack, he had dropped off the delivery on Randall Court.

"As the victim was driving back down the hill, he was shot by unknown suspect or suspects," the LAPD said in a statement. Thomas then drove to the area of Avenue 26 and Figueroa Boulevard, called 911 and waited for police and paramedics to arrive.

He was transported to a hospital, where he died three days later.

He is survived by his longtime partner and their two sons, along with a brother and sister.