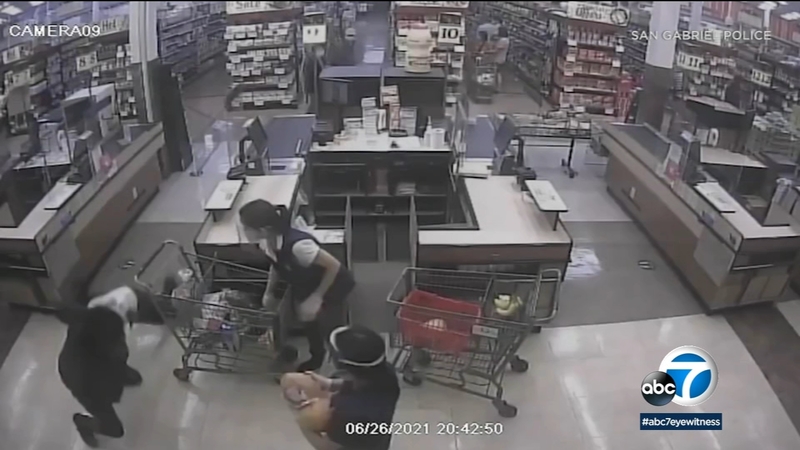 The video depicted one of the men approaching a woman, described as "an Asian female victim in her 40's," from behind as she stood in a checkout line at the 99 Ranch Market in San Gabriel Square at about 8:40 p.m. Saturday.

The man grabbed the woman's purse, which was slung around her body, and ran to the exit, causing the woman to fall to the floor. He was followed out of the store by two other men.

The three men robbed a second woman of her purse as they were fleeing the scene, according to Sgt. Rebecca Gomez of the San Gabriel Police Department's Public Information Bureau.

It was not immediately known if either woman was injured in the robberies.

A man has been arrested after he allegedly used bear spray during a road-rage attack in Seal Beach, authorities said.

No weapons were involved in either robbery, and no motive was provided.

Anyone with information on the robberies was asked to call the San Gabriel Police Department Detective Bureau at (626) 308-2835.