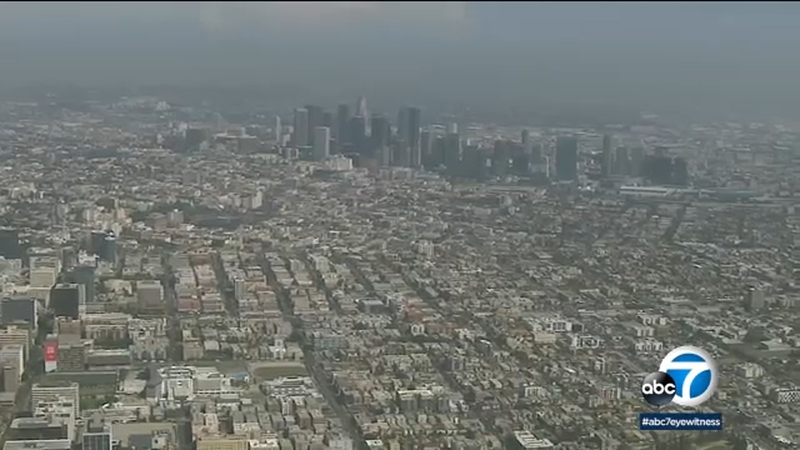 Redistricting happens every 10 years after the U.S. Census. The boundaries around communities are redrawn and how they are drawn determines that community's ability to elect leaders at a local, state and federal level.

"This only happens every 10 years. So, the lines that are going to be drawn in the coming months is going to have a big impact. A tremendous impact," said Rafael Gonzalez, Director of Community Outreach and Engagement for the Los Angeles City Council Redistricting Commission.

"As Californians, we go out and we vote, right? We elect our representatives, and this process is inherently tied to the health and well-being of our democracy," said Israe Ahmad, a commissioner of the California Citizens Redistricting Commission.

Gonzalez stressed that redistricting is about political, inclusive and just representation.

In the city of Los Angeles, Koreatown is currently divided into four council districts. That's where Audrey Yang, a representative of the Wilshire center Koreatown Neighborhood Council and law student, grew up.

"It affected my education and affected services, the state of the streets that I live on," said Yang. "It is really difficult from the perspective of community-based organizations to have to advocate to three, four different political representatives."

The Koreatown Redistricting Task Force is advocating for a single district based on community feedback.

"The (task force) is made up of Koreatown organizations from the Korean American community, the Latino community, the Jewish and the Bangladeshi," said Steve Kang, director of external affairs of the Koreatown Youth and Community Center (KYCC).

Among other things, some of the L.A. City criteria states each district should be substantially equal in population, and the geographic integrity of the neighborhood should be kept intact as much as possible.

The public can participate in the local and statewide process from sending a letter, to using interactive maps to draw suggested districts and submit input. Both the state commission and the city have their last meetings for this stage of public input this weekend.

"Californians are still welcome to provide their input directly to the commission and you will eventually be seeing your input reflected in our database on our website," said Ahmad.