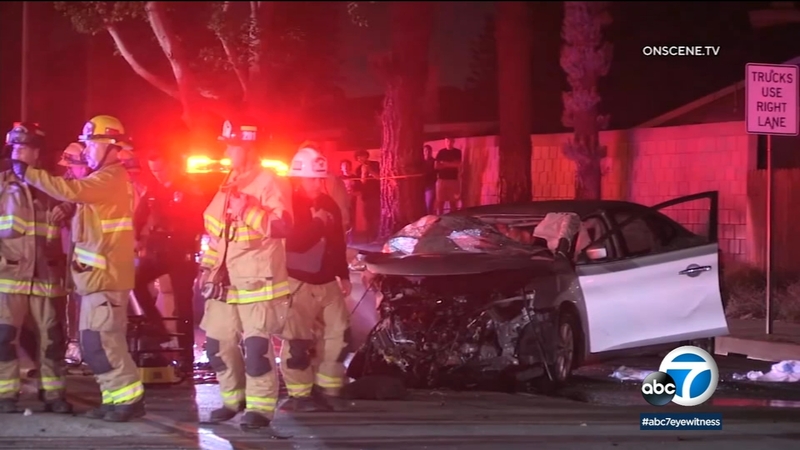 2 killed by suspected drunk driver who was fleeing from police

According to police, officers with the Colton Police Department originated the pursuit of the vehicle near Pepper Avenue and the 10 Freeway.

The driver, who was identified Sunday as 24-year-old Alejandro Canchola of San Bernardino, was with another person and headed to Fontana and into Rialto, whose police officers then became involved in the chase.

At the intersection of Cedar and Randall avenues, Canchola crashed into a silver 2019 Nissan Sentra at about 1 a.m., Johnson said.

His vehicle then jumped a curb and slammed into a home.

Police say 31-year-old Aaron McDonald and 30-year-old Irene Jaramillo were inside the Nissan and died as a result of their injuries.

The person who was with Canchola at the time of the crash, identified as 21-year-old Jose Castrocota, was rushed the hospital with moderate injuries.

Police say he will be booked into the San Bernardino County jail upon his release.

No one inside the home was injured.

Meanwhile, a GoFundMe has been created to help the families of McDonald and Jaramillo.