Two others were arrested, including the man's new girlfriend, who allegedly threw a Molotov cocktail inside the car.
KABC
By Leticia Juarez 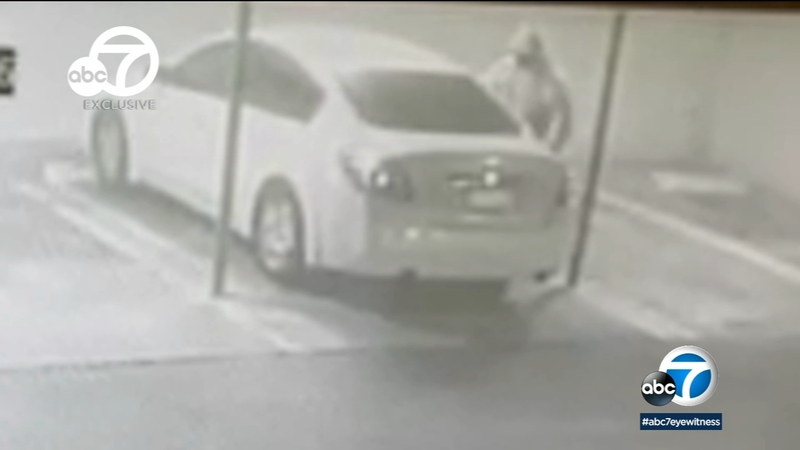 RIVERSIDE, Calif. (KABC) -- Three people were arrested for allegedly igniting a car fire following an attempted car bombing - and it all started with a man whose motive was to damage the vehicle of his ex-girlfriend's new boyfriend, according to investigators.

It happened in the early hours of April 2 at an apartment complex in Riverside. The incident was captured on surveillance video.

"Surveillance video showed us there were two suspects. There was one suspect who appeared to be a male break the back window and place an explosive device in the back," said Rafael Llamas with the Riverside Fire Department's arson unit.

Llamas was a part of a multi-agency investigation looking into who made and placed the incendiary device.

The car owner's girlfriend provided the first clue into the suspect's identity.

"She said that it was her ex-boyfriend who planted a gas bomb," said Brenda Holtorf, a resident at the complex who spoke to the victim.

She also told Holtorf and authorities her ex-boyfriend built bombs as a hobby.

During a search of Orta's home, materials to make the device and several weapons were found, according to investigators.

"He said wanted to damage the vehicle of his ex-girlfriend's current boyfriend," said Llamas.

Investigators said after Orta placed the device, he went back to a car that was being driven by his current girlfriend and attempted to detonate the bomb.

"He comes back to the vehicle with detonator in his hand ... at that moment he was pressing the trigger multiple times with nothing happening," said Llamas.

After Orta's first attempt failed, that's when he decided to implement a more crude device, but this time, it wasn't Orta investigators saw on surveillance video: it was his new flame.

"He has her throw a Molotov cocktail inside the vehicle," said Llamas.

Police were able to catch up with the woman - who was identified as Daniela Nunez - after Orta was arraigned in court on multiple felony charges connected to the attempted car bomb.

"If it wasn't for the surveillance video, we would have no idea there were two suspects in this incident," said Llamas.

The video also led investigators to a third suspect, identified as Alexis Garcia, who authorities said was in the car and was an accomplice in the plot.

Orta has since pled guilty to three felonies related to incident.

Nunez and Garcia are awaiting their day in court.

Despite the dangerous situation, no one was injured.

"It would have, but the lives of our firefighters that were there to extinguish the fire in jeopardy and anyone surrounding the apartment complex," said Llamas.

Once firefighters put out the fire, that's when they discovered the plastic gas can with wires attached and heard a humming sound coming from the device.

Residents were evacuated while the bomb squad was called out to remove and render the device safe.

"When it came to the explosive device, it melted the fuel can which was the bomb slightly, but not enough to have it catch on fire," said Llamas.