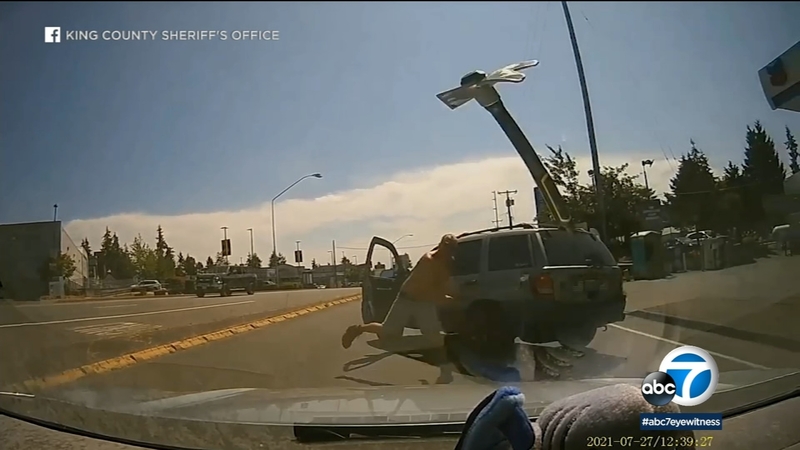 SEATTLE (KABC) -- You'll have to watch this video of a road-rage incident in Seattle to believe it.

According to the King County Sheriff's Office, the driver in Washington state got out of his Jeep on the afternoon of July 17 and launched a pickaxe through another driver's windshield.

After throwing the object, the suspect then got back into his vehicle and drove away into oncoming traffic, the victim's dashcam footage shows.

According to officials, the driver had been arrested for multiple felonies just days prior, after fleeing from deputies.

Detectives were able to track the driver down, who is now facing additional charges, the Sheriff's Office said.