2 people robbed at gunpoint during holiday party in Pacific Palisades

The bold break-in was all caught on camera, and police need your help in finding the suspects.
KABC
By Josh Haskell 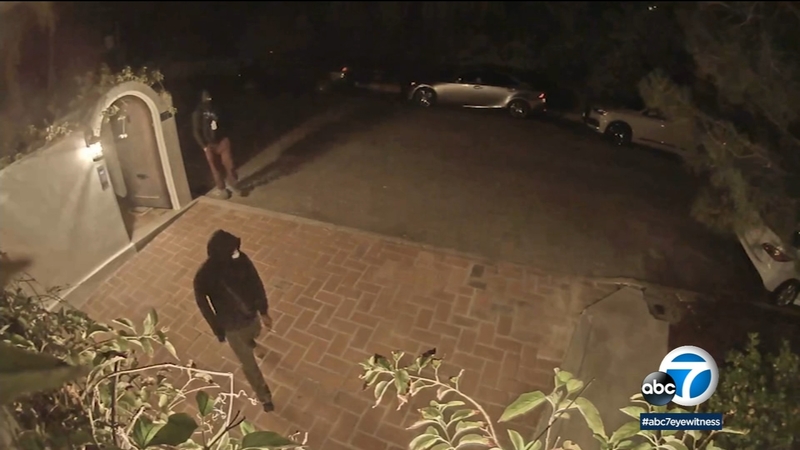 2 people robbed at gunpoint during holiday party in Pacific Palisades

Surveillance video obtained by Eyewitness News shows two suspects entering a side gate that was open and walking through another gate into the home.

"Two of the partygoers came upstairs to get some of their belongings and they were held at gunpoint and were asked for their iPhones, wallets, Apple Watch ... one of them had jewelry," said the homeowner, who wished to remain anonymous.

She said the men weren't known to the guests.

"I hope they get caught and people just to be aware," said the homeowner. "Lock your doors. I never thought people would come in during a holiday party, so that's the state of the world today."

Meanwhile in another crime investigation in L.A., the Los Angeles Police Department released video of a flash mob robbery at the Nordstrom store at Topanga Westfield Mall that occurred on Nov. 24. A security guard was assaulted and sprayed in the face with bear spray while the store was open.

Authorities are now seeking the public's help to locate the suspects.

A security guard was assaulted as a group of suspects fled with expensive merchandise during a robbery at the Nordstrom store in Westfield Topanga mall.

To address the recent crime wave, police in Beverly Hills has sworn in five new officers and added armed security guards to patrol the streets.

The suspect in last week's murder of philanthropist Jacqueline Avant, 29-year-old Aariel Maynor, is still in the hospital, after he accidentally shot himself while attempting to burglarize a home in Hollywood.

An occupant of that home spoke to Eyewitness News about the terrifying ordeal.

"I shut my door. Hold it shut. Call 911 and then they finally were like, 'Anyone inside the house come out with your hands up!'" recalled Grace Campbell-McGuire, who lives at the Hollywood home that was burglarized by Maynor. "I walked out, then saw all the blood through the hallway. They had him handcuffed over a chair and that's when I realized he had actually been inside the house."

Anyone with information on any of these incidents is urged to contact authorities.

New security measures are in place a day after a brazen crime which can only be described as a flash mob robbery at a California Nordstrom store.