Investigators say a 62-acre fire on Mount R that forced evacuations in Running Springs was caused by target shooting with high-powered rifles.
KABC
By ABC7.com staff 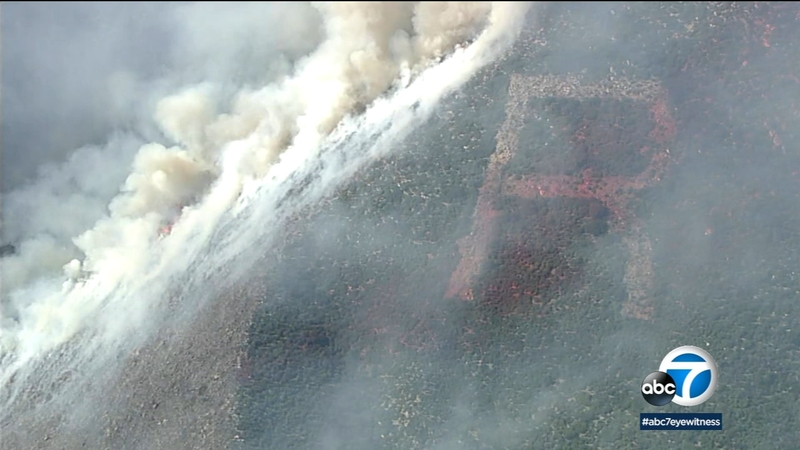 Person of interest sought in brush fire near Running Springs

RUNNING SPRINGS, Calif. (KABC) -- Investigators have determined that a 62-acre fire on Mount R that forced evacuations in Running Springs last week was caused by target shooting with high-powered rifles. They are asking the public's help finding the suspects.

The fire began Friday, July 3 around 3 p.m. on Mount R, named for the University of Redlands emblem emblazoned on the hillside in the San Bernardino National Forest.

The fire quickly spread through dry brush on the hillside and forced nearby communities to evacuate.

Initially the fire was estimated at 100 acres, but more accurate calculations after the flames were extinguished put it at 62 acres.

Investigators have now ruled that the cause was related to target shooting, involving high-powered rifles of calibers of .30-.06, .45-.70 and/or .223. The "persons of interest" were seen leaving the fire's point of origin in a black Audi with a broken left taillight.

Anyone who has information about these suspects or about individuals who shoot those caliber rifles and frequent the area of City Creek Road is asked to call Forest Service Law Enforcement at (909)383-5651.

Authorities note that while a fire may have been started accidentally, leaving the fire burning on federal land without attempting to extinguish it is a violation of federal law, punishable by a fine and/or up to six months in prison.

A fire burned at least 70 acres of brush near Running Springs on Friday, officials say.