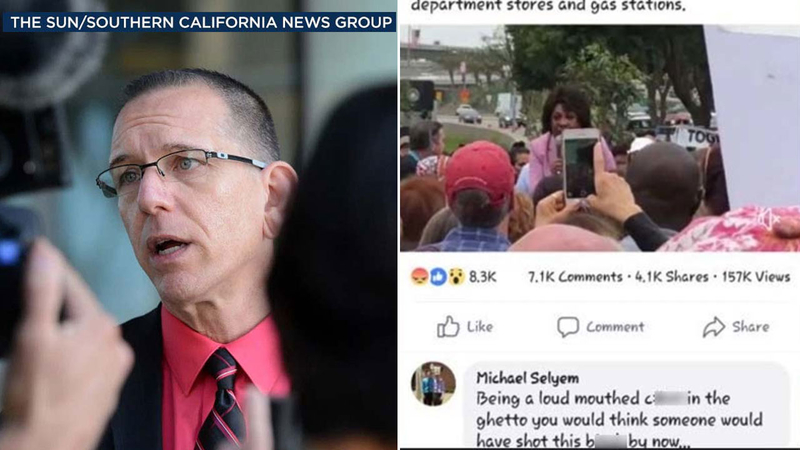 The move comes six months after an investigation was launched into offensive comments Michael Selyem made on social media.

Officials said the target of his rants included U.S. Rep. Maxine Waters, Michelle Obama, Mexican immigrants and a victim of a police shooting.

Civil rights leaders, including Rev. Jesse Jackson Sr., on Thursday urged officials in San Bernardino to fire a senior prosecutor at the center of an explosive social media scandal.

Selyem was suspended in July, and civil rights leaders have questioned his objectiveness in cases.