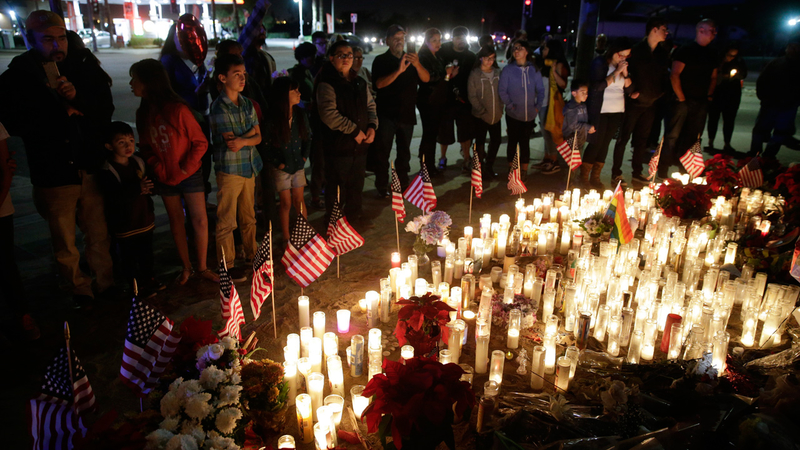 SAN BERNARDINO, Calif. (KABC) -- The Division of Environmental Health Services will reopen for business in San Bernardino County Monday, but the men and women who work for that department will remain on leave.

They, of course, lost so many of their co-workers. For the time being, temporary staff will be filling in.

Also Monday, another one of the victims will be laid to rest 12 days after the terror shooting.

More: Shooting survivor recalls huddling under table with her hero

Her family spoke to CNN last week and said she left Iran at the age of 18 to flee Islamic extremism.

The health inspector had graduated from Cal Poly Pomona with a degree in chemistry.

Over the weekend, the FBI and its underwater search and evidence recovery team finished collecting potential evidence from a lake in San Bernardino.

The FBI believes the couple, Syed Farook and Tashfeen Malik, may have gone to the lake to dump evidence after the shooting.

The dive team was possibly looking for a missing computer hard drive. However, the FBI would not say what items were found or if any items they recovered were related to the terror investigation.

While the DHS returns to business, the Inland Regional Center remains closed. Building 3, where the shooting occurred, will be closed indefinitely. It could be after the first of the year before offices in buildings 1 and 2 can be occupied.