The wife of Kurt Reinhold stood with other family members to call for justice nearly two weeks after the homeless man was shot and killed by deputies in San Clemente.
KABC
By Tony Cabrera 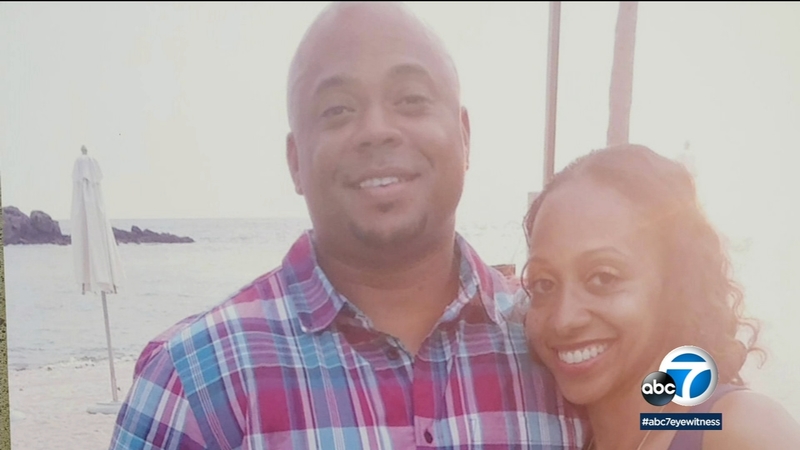 SAN CLEMENTE, Calif. (KABC) -- The wife of Kurt Reinhold stood with other family members Tuesday to call for justice nearly two weeks after the homeless man was shot and killed by deputies in San Clemente.

"What did Kurt do to deserve to be shot in broad daylight? For jaywalking? None of this makes any sense," said Latoya Reinhold.

The Orange County Sheriff's Department claims he grabbed one of the deputies guns during a physical altercation. But lawyers for the family say otherwise.

"When you watch the entire sequence, you can see that it's impossible for him to close his hand and pull and withdraw the officer's gun," said attorney John Taylor.

Surveillance and cellphone video shows the struggle between a homeless Black man and homeless outreach deputies before the man was shot and killed in San Clemente.

They say Reinhold was in and out of homelessness and taking medication for mental health issues. On Tuesday morning, attorneys filed a claim seeking accountability from the sheriff's department for how they handle the homeless, mental illness, and the Black community.

Sheriff Don Barnes responded in a statement saying "The Orange County Sheriff's Department extends our condolences to the family of Mr. Reinhold for their loss. Every time law enforcement contact escalates to the use of deadly force, it is tragic for the family, the deputies and the community."

He went on to say we should reserve judgement until the District Attorney's Office completes its independent investigation, but the family's lawyers say they don't trust the system.

"How much faith can we really put in an investigation done by the District Attorney's Office. These are folks that interact with these deputies on a day to day basis," said attorney Neil Gehlawat.

"My heart is broken. Now all we can do as a family is be there for each other, stay strong and hope and pray for justice," said Reinhold.