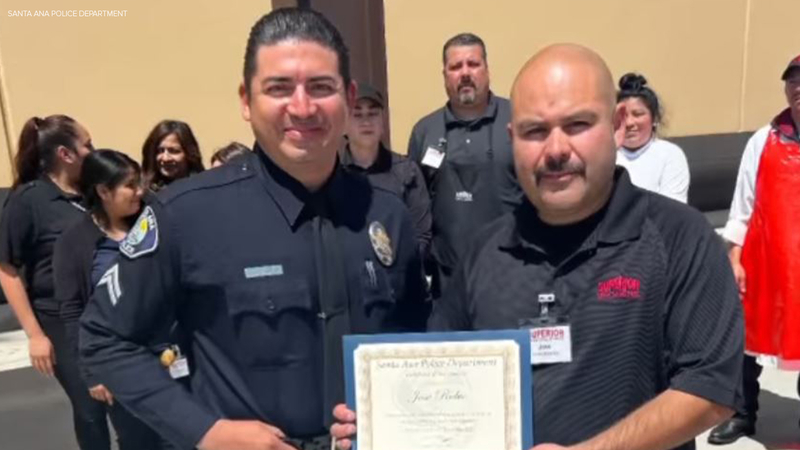 SANTA ANA, Calif. (KABC) -- A grocery store manager went above and beyond to help an elderly shopper who was attacked inside his store, and police are praising him for his efforts.

In March, an elderly man was injured after being assaulted inside the store.

Police said the man couldn't recall what happened due to his dementia, so Rubio stepped in to help.

He went back to his store and began monitoring surveillance video around the time the man was attacked. The victim is a regular shopper and visits Rubio's store often with his wife, according to police.

Rubio told police the suspect who attacked the elderly man is homeless and "troublesome."

"Days later, Jose saw the victim's wife and mentioned what he observed on the video surveillance," said police in a statement posted to social media. "Jose urged the victim's wife to contact the police department and assisted the couple in reporting the assault."

Rubio worked with detectives throughout the investigation, according to police.

Last week, Santa Ana Police Chief David Valentin and other leaders presented Rubio with a certificate of recognition for his work in helping what they called a critical assault investigation.

"If it were not for Jose's observations and assistance in this case, this case would have potentially gone unreported or unsolved," said police.

Police said Rubio's actions serve as a reminder that if you see something, be sure to say something.