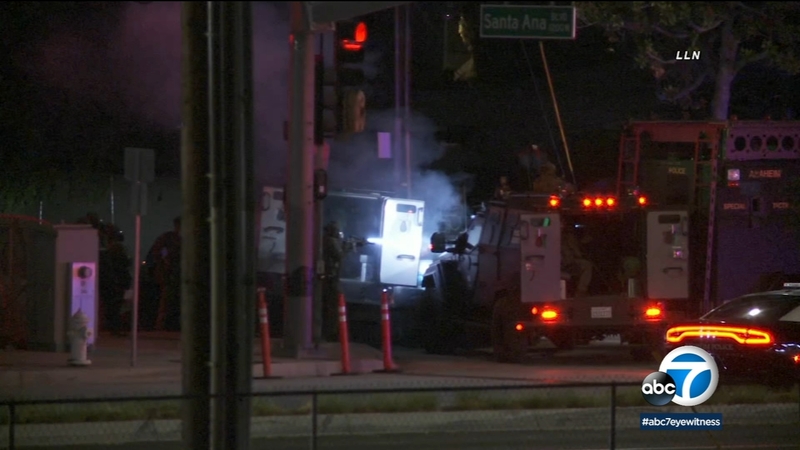 SANTA ANA, Calif. (KABC) -- The man who was fatally shot by Anaheim police at the end of an hourslong standoff has been identified as the cousin of Santa Ana City Councilmember Johnathan Ryan Hernandez.

Hernandez said his cousin, identified as Brandon Lopez, was having a mental health crisis when he was shot.

"They killed him" Hernandez told the website Voice of OC. "In my district, in my city, in front of his family, my family member gets killed on the very block he grew up in, by a police department that isn't even from here. Then they left. They just dipped. Business as usual. This was a mental health crisis. He needed help."

Santa Ana city officials on Wednesday offered condolences to the family in a statement.

An Anaheim police helicopter joined the pursuit along with Santa Ana police and the suspect's vehicle became disabled in a construction area near Santa Ana Boulevard and Bristol Street, where police attempted to negotiate a surrender with the suspect.

Officers say negotiators worked for three hours to get him to surrender before SWAT personnel from Anaheim PD took over. Another hour of trying to convince the suspect proved unsuccessful.

Eventually, chemical agents were deployed to draw Lopez out of the vehicle and, after he stepped out, at least one officer opened fire. He was pronounced dead at the scene.

Lopez is survived by four children and his parents.

The Orange County District Attorney's office opened an investigation into the shooting.