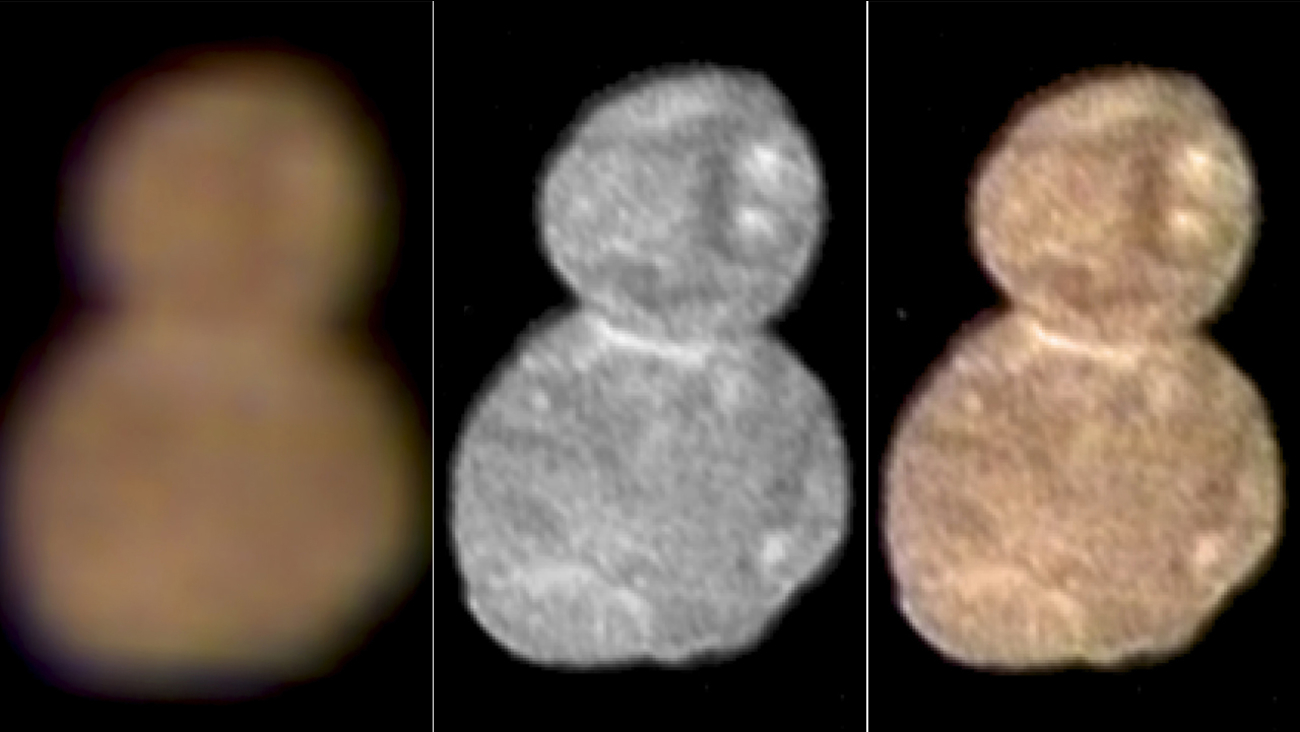 This image from NASA shows images with separate color and detail information, and a composited image of both, showing Ultima Thule, about 1 billion miles beyond Pluto. (NASA via AP)

LAUREL, Md. -- A NASA spacecraft 4 billion miles from Earth yielded its first close-up pictures Wednesday of the most distant celestial object ever explored, depicting what looks like a reddish snowman.

Ultima Thule, as the small, icy object has been dubbed, was found to consist of two fused-together spheres, one of them three times bigger than the other, extending about 20 miles (32 kilometers) across.

After flying by the most distant object ever explored, @NASANewHorizons beamed back the 1st pictures & science data from #UltimaThule. This data is helping us understand how planets form — both those in our own solar system & those orbiting other stars: https://t.co/cp8lE03Cl5 pic.twitter.com/CUaOK1LZBG

NASA's New Horizons, the spacecraft that sent back pictures of Pluto 3 years ago, swept past the ancient, mysterious object early on New Year's Day. It is 1 billion miles (1.6 billion kilometers) beyond Pluto.

In the early hours of New Year’s Day, @NASANewHorizons flew past #UltimaThule, an object located in a region of primordial objects 1 billion miles past Pluto. Join us live from @JHUAPL today at 2pm ET as we explore the latest science from the spacecraft: https://t.co/oJKHgKpQjH pic.twitter.com/6IMiS0XGNt

"The bowling pin is gone. It's a snowman!" lead scientist Alan Stern informed the world at a news conference.

Scientist Jeff Moore of NASA's Ames Research Center said the two spheres formed when small, icy pieces coalesced in space billions of years ago. Then the spheres slowly spiraled closer to each other and stuck together.

Ultima Thule has a mottled appearance the color of dull brick. So far, no moons or rings have been detected, but even better images will yield definitive answers in the days and weeks ahead.

Scientists said there were no obvious impact craters in the latest photos but a few apparent "divots" and suggestions of hills and ridges. But NASA won't know any of this for certain either until the more detailed pictures can be analyzed. 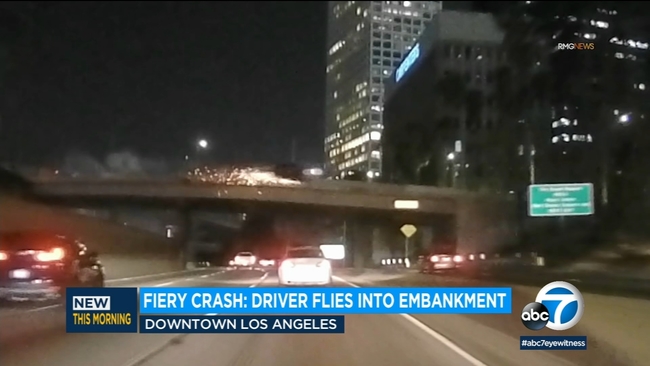