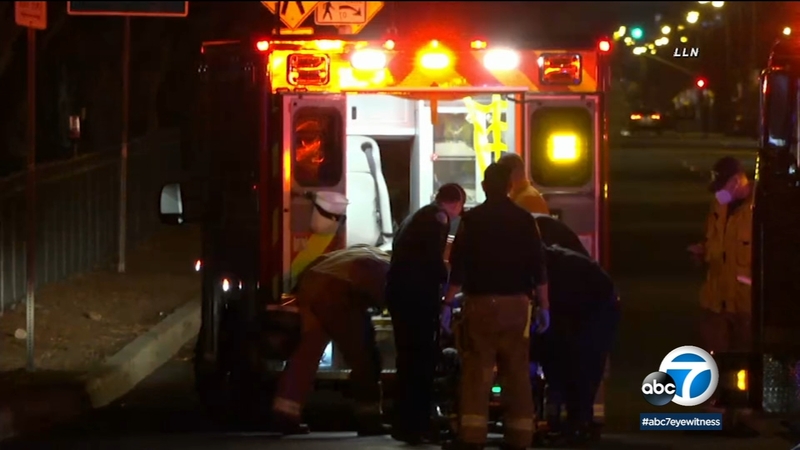 SOUTH LOS ANGELES (KABC) -- A Los Angeles County sheriff's deputy was hospitalized after being assaulted during a traffic stop early Sunday morning in South Los Angeles, authorities said. A suspect is in custody.

The female deputy was attempting to stop a vehicle at Vermont Avenue and West 97th Street shortly after 2 a.m. when the suspect attacked her and drove off, according to Deputy Trina Schrader, a spokeswoman for the Sheriff's Department.

The deputy was transported to Harbor-UCLA Medical Center with injuries that were not life-threatening, Schrader said.

The uninjured suspect fled the scene and was arrested after a chase that ended about 3 miles away in the area of Florence and Western avenues, authorities said.

Investigators have arrested and charged a man in connection with the ambush shooting of two Los Angeles County sheriff's deputies earlier this month.

Details of the assault and the reason for the initial traffic stop were not immediately disclosed.

The person in custody has not been publicly identified.