To use the Smart Plate, simply put the plate on a scale, snap a photo, and the app will give you the macronutrients, carbohydrates, sugars, etc.
KABC 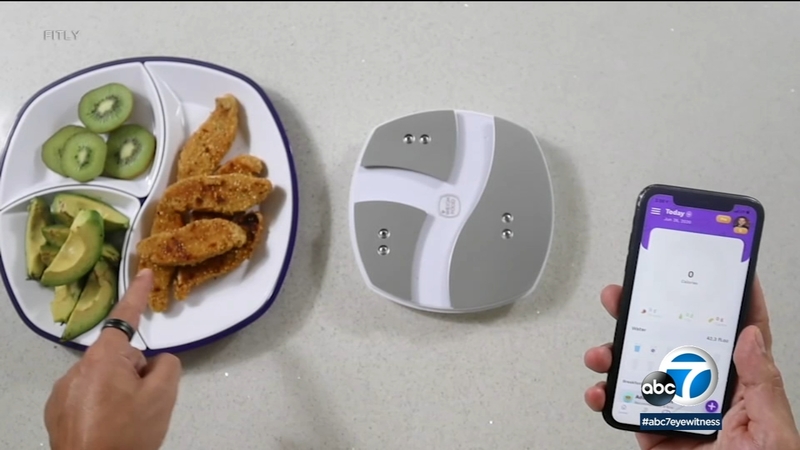 Struggling with your diet? Smart Plate may help

When Anthony Ortiz saw his father suffer from health issues and undergo a triple bypass, he developed a tool to help his dad eat healthier.

"We combined image recognition along with three weight sensors, in less than five seconds, Smart Plate weighs each section, the macronutrients, and it identifies it with a very high level of accuracy," Oritz said,

Dieticians at the Philadelphia Children's Hospital tested the plate and found it to be 99% accurate.

The specificity helps people like Danica McAdam, who has type 1 diabetes.

"Everything that I eat has to be accounted for," McAdam. "I have to have accuracy. I've had type 1 diabetes for 20 years. Trying to figure out what's going to raise my blood sugar, how much insulin I need to take per carbohydrate."

To use the Smart Plate, simply put the plate on a scale, snap a photo, and the app will give you the macronutrients, carbohydrates, sugars, etc.

Combining foods that don't go together may throw the app off, but the A.I. understands commonly associated foods. The app also works with 99% of the restaurant chains in America.