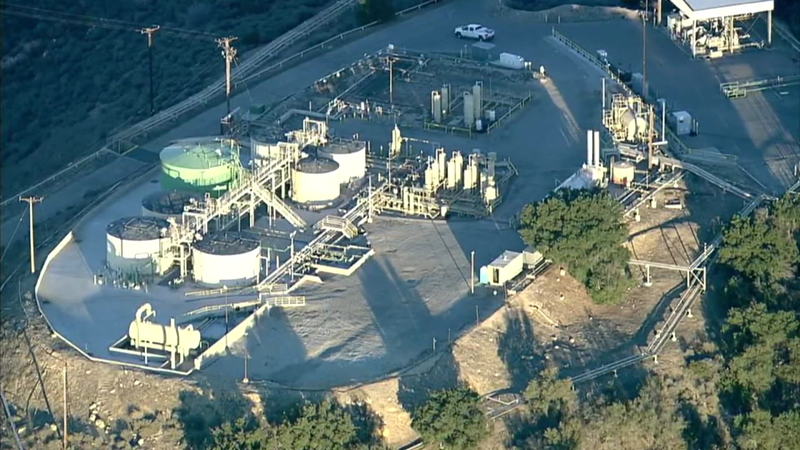 Crews from Station 28 were assigned to Porter Ranch during the 2015 historic methane leak. The suit claims the utility company knowingly exposed them to hazardous levels of toxins, despite telling them they were not toxic.

"They were telling everyone that it's safe. It's fine to go in there. They told that specifically to the firefighters at a meeting. So the firefighters, of course, didn't go in with any protective gear. They didn't go in with any air respirators. They were breathing in oily mist and there was a cloud of mist covering the community," said Jesse Creed, of Panish Shea & Boyle LLP.

Thirty-six firefighters and their spouses are part of the lawsuit against SoCalGas and its parent company, Sempra Energy. Some of those firefighters are now dealing with very serious health issues.

In October 2015, the gas leak was discovered, prompting the evacuation of hundreds of residents in the community.

The firefighters' lawsuit accuses the gas company of knowing the leaking gas had cancer-causing chemicals.

"They had headaches, dizziness, migraines. Some of them are currently battling cancer. So we are going to seek full justice and all relief that we can for them," Creed said.

SoCalGas issued a statement regarding the lawsuit.

"We have been advised that a complaint has been filed this evening against SoCalGas and Sempra on behalf of certain first responders relating to the Aliso Canyon gas leak of 2015. We have not been served with the complaint and have not yet had the opportunity to review it," it said.

The methane leak was the biggest in U.S. history.