The bill would essentially hold the social media companies accountable if the apps prove to be harmful to children.
KABC
By Leo Stallworth 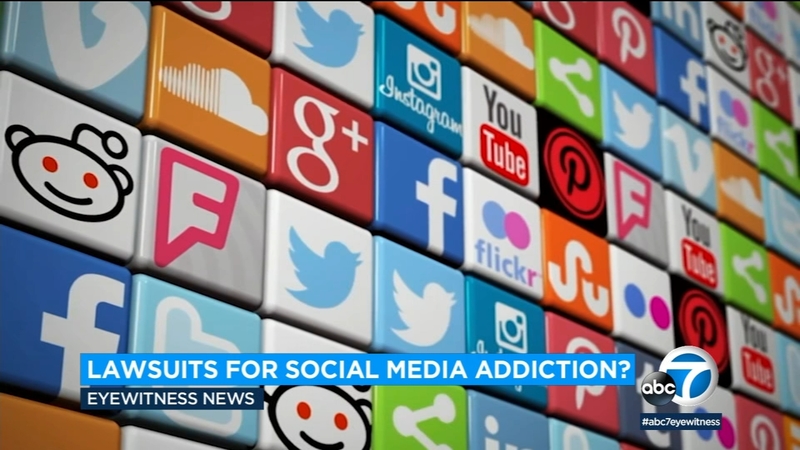 SACRAMENTO (KABC) -- California lawmakers have proposed a bill that would allow parents to sue social media companies if they feel their children have become addicted to their apps.

Assembly Bill No. 2408, also known as the Social Media Platform Duty to Children Act, would hold the companies accountable if they prove to be harmful to children.

It would also leave the social media giants open to lawsuits or civil penalties if the companies "developed, designed, implemented, or maintained features that were known, or should have been known, by the platform to be addictive to child users," according to the bill.

"AB 2408 would create, for the first time in law anywhere in the United States, a duty that if you are going to design a social media platform and allow children to use it, minors, that you would have to design it in a way that is not addictive to those kids and it would create liability in circumstances where companies created addictive platforms that then caused psychiatric mental harm to the kids," said Assemblymember Jordan Cunningham, a Republican from Templeton.

Cunningham is one of the co-sponsors of the bill and feels now is the time to implement such legislation.

"My wife and I have four kids," he said. "I have three teenagers in my house right now, and I can tell you, just like every parent with teens in the modern era, we fight a constant battle against screen time. I've had personal friends that have confided in me and told me that their kids got eating disorders from using certain platforms that were marketing things to them and creating body image issues."

A study by the Centers for Disease Control and Prevention found with increased usage of social media, there's an increase of teenagers who are more likely to die by suicide. The CDC reports suicide is the third largest cause of death for youth between the ages of 10 and 24.

"This resulting in upwards of 4,600 youths taking their lives each year," the report read.

"I think social media can definitely be harmful especially with like people trying to get work done, and I really think it gets in the way with like cyber bullying going on," said Antonio Perez, a 14-year-old who spoke with ABC7 on Thursday. "It causes like a lot of teen suicides and stuff."

Meanwhile, Meta, the parent company of Facebook and Instagram, directed Eyewitness News to a survey the company conducted showing eight out of 10 teens who use Instagram in the United States reported the app either made them feel better about themselves or had no effect on how they feel about themselves.

"I feel like a lot of kids get on it hours, pass by, and they probably don't even notice," said Diana Diaz, a local parent.

"Our children are growing up in the age of social media - and many feel like they need to measure up to the filtered versions of reality that they see on their screens," said Bonta.

It came on the heels of President Joe Biden's State of the Union calling on Congress to improve safety for children online.

His mother promised him $1,800 when he turned 18 - if he stayed off social media for 6 years
EMBED More News Videos

Lorna Goldstrand Klefsaas promised to pay her 12-year-old son Sivert $1,800 to stay off social media until he was 18. He claimed his prize on February 19, 2022.