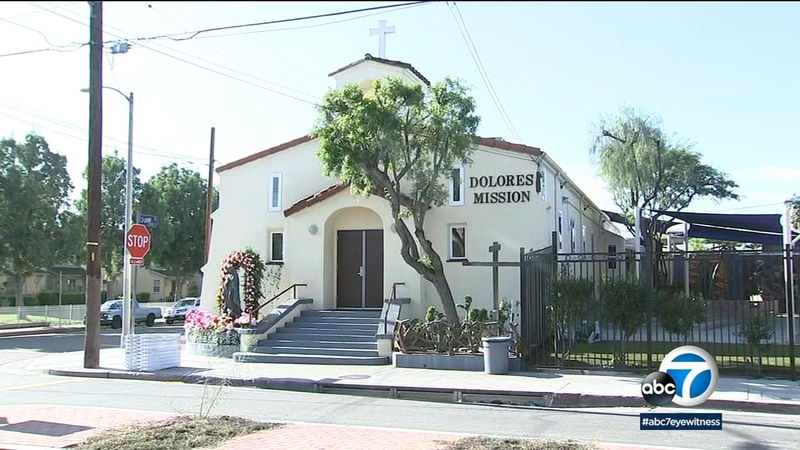 BOYLE HEIGHTS, LOS ANGELES (KABC) -- A local woman who needed a housing shelter asked why there were so many shelters for men, but only a few for women.

So an organization in Boyle Heights decided to do something about it.

What used to be a school is now a women's shelter in the heart of Boyle Heights.

The Guadalupe Homeless project is part of Proyecto Pastoral's efforts to take care of those without a place to go.

This shelter is unique because it only has 15 beds - and it's only for women who are over 55 years old.

Raquel Roman with the Guadalupe Homeless Project said, "The women in their late 50s and early 60s - they're still able to work.

And for those women, we encourage them to take English classes and computer classes just to build up their skill set, and then, go look for work."

Constance Whitfield is one of the 15 residents who live here.

After living on the streets, she's grateful for the safe space the shelter provides.

"It gives you more stability. Because on the streets it's hard to find a place to use the restroom, and do all the things you need to do.

The people who run the Guadalupe Homeless Project say most of the women here fell on hard times because they were priced out of their homes in the neighborhood.

"There are women at the shelter who had work, housing but because of the rent increases, landlords are demolishing and building something fancier," Roman said.

"We have women with us that have been pushed out, and onto the streets."

The idea to open this shelter came from a homeless woman who asked why there wasn't a shelter for someone like her.

And after some planning and fundraising, it went from idea to reality.

Unfortunately, the woman who inspired this women-only shelter died before it opened.

Valeria Aviles is a former resident who now works at the shelter.

She says it was important for her to stay and help the women who come through the door, because she knows first-hand what they're going through.

Along with two meals a day, the women get support and guidance to help them find stable employment and a permanent place to live.

To keep their doors open, the Guadalupe Homeless Project and Proyecto Pastoral - the nonprofit that runs the shelter - counts on public grant money and private financial help.

Sophia Sleap is with Proyecto Pastoral and says they are proud of the welcoming environment and success they've had transitioning women into permanent homes. The shelter has been proudly serving the community for five years.

She said, "We also rely on support from individuals to keep our doors open. So we welcome any donations!"