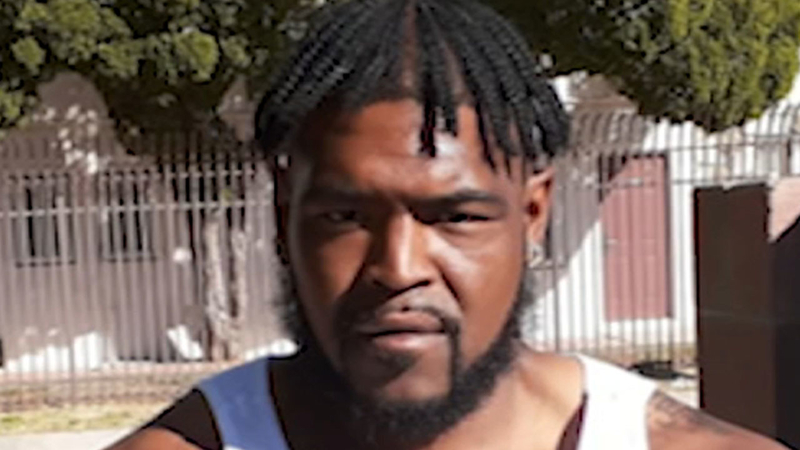 Witnesses speak out after deadly shooting in South LA

"He never had the gun. He had no gun. They said they heard a gun fall. What fell was his cellphone," said Deja Roquemore, who witnessed the shooting.

"They killed that man for nothing. For nothing. He had his hands up with his clothes in his hands, and he was backing up trying to get away from them and they kept antagonizing that man," said Latiera Irby, who witnessed the shooting.

The incident happened on Monday after deputies tried to stop the man while he was riding a bicycle.

Kizzee's aunt spoke Tuesday morning and expressed her anger and frustration over the shooting. She said she believes her nephew's appearance as a black man was a factor in the shooting.

"I think this is so dirty of any department -- sheriff's department or any department to kill people. They don't kill any other race but us and this don't make any sense. Why us? You have Asians ... Hispanics don't get killed as much as we do. It's just us and we're tired. We are absolutely tired," said Fletcher Fair, Kizzee's aunt.

According to the sheriff's department, their deputies saw Kizzee riding a bicycle Monday afternoon and approached him for a vehicle code violation. They haven't said what the violation was.

They say he got off the bike and started running. When deputies caught up to him, they allege Kizzee fought back, punching one of the deputies in the face.

It was at that time, they claim that Kizzee dropped a gun.

Kizzee's aunt said her nephew's mother passed away in 2011 and said he was recently struggling with that loss.

The family is now demanding the identities of the deputies involved be released, and also asked for their arrest and prosecution.

A man was shot and killed in a confrontation with Los Angeles County sheriff's deputies in South LA Monday afternoon.