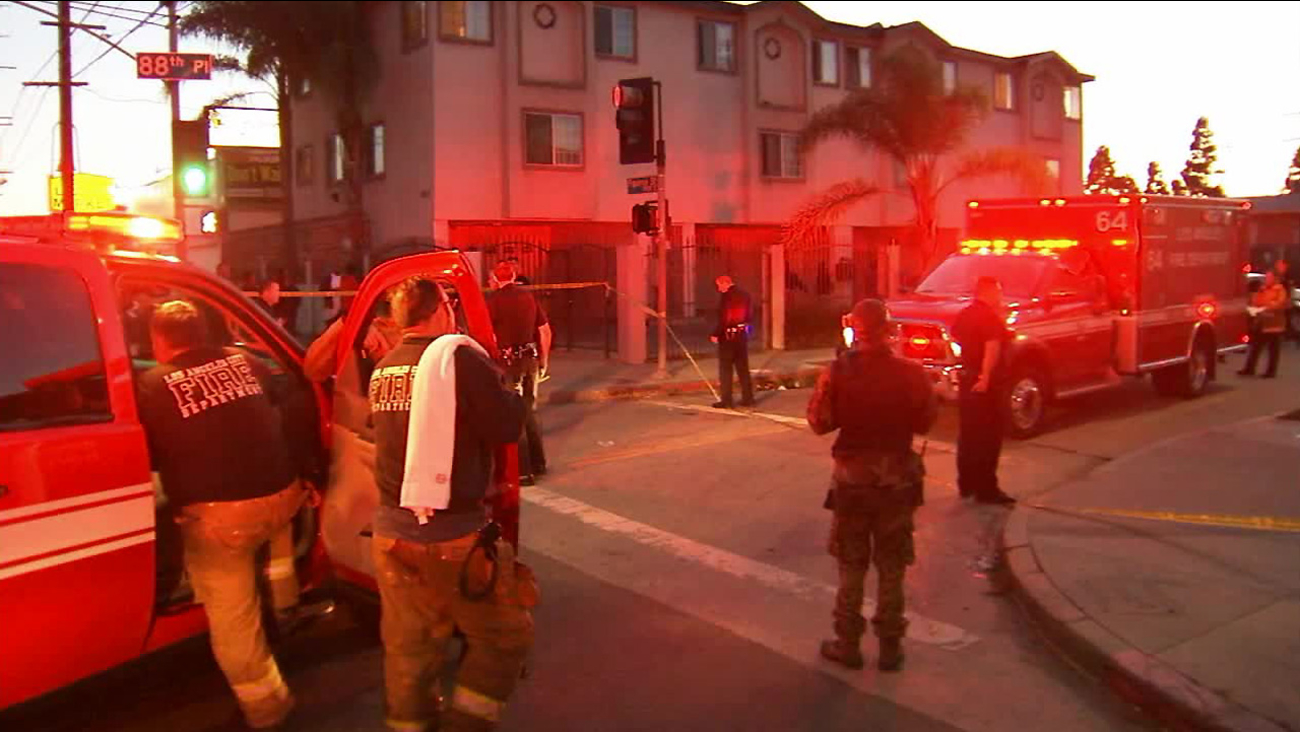 Authorities on scene after a shooting in South Los Angeles that left one person dead on Saturday, Dec. 27, 2014.

SOUTH LOS ANGELES (KABC) -- One person died and three others were injured after a shooting in South Los Angeles on Saturday afternoon, Los Angeles police said. A suspect remains at large.

Authorities said the shooting was reported around 4:20 p.m. at Figueroa and 88th Place. According to homicide officials, the shooting began as a verbal argument between two groups. One man pulled out a gun.

The suspect was described as a man in dark clothing. He was last seen running southbound towards 88th Place, police said.

The incident appeared to be gang related, according to police. The crime scene was clear by 10 p.m.