Some communities in the Inland Empire evacuated after mud began flowing down the hills.
KABC 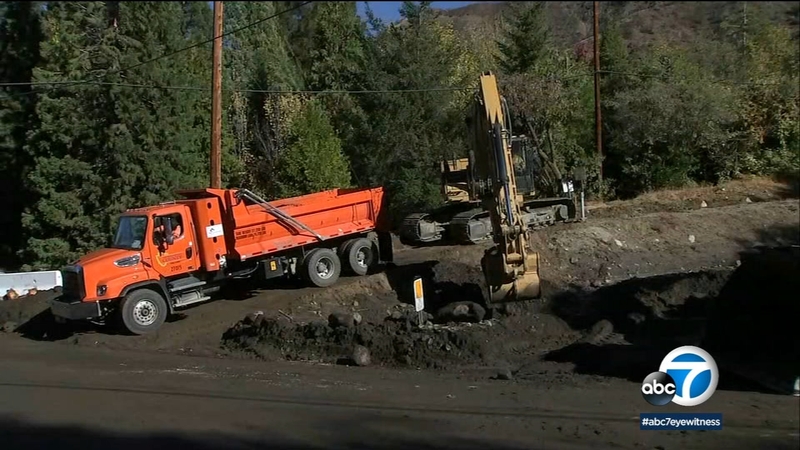 SAN BERNARDINO COUNTY (KABC) -- A powerful atmospheric river storm that swept through California set rainfall records, but residents living in the burn scar area of the El Dorado Fire in San Bernardino County are breathing a sigh a relief.

Monday's storm triggered road closures and evacuation orders for those living in the area. Some communities in the Inland Empire had to leave after mud began flowing down the hills.

#Alisal Fire - The previous evacuation warning has been upgraded to an EVACUATION ORDER. The approaching storm has the potential to produce debris flow. Please evacuate the area by 12:00 p.m. today. Visit https://t.co/gujtJUcu2T to learn more. pic.twitter.com/tyzLTI1Dqo

But for the most part, the rain did not result in the kind of serious damage brought by other storms in recent years, which have covered homes in debris, sent cars flowing down the street in a river of mud and in some cases, led to fatalities.

Highway 38 has since reopened and evacuations were lifted Tuesday morning.

The same storm system also slammed Oregon and Washington state, causing power outages affecting tens of thousands of people. Two people were killed when a tree fell on a vehicle in the greater Seattle area. Eastside Fire & Rescue responded to the scene of the fatalities near Preston, Washington, which is about 20 miles east of Seattle.

Recent storms have helped contain some of the nation's largest wildfires this year. But it remains to be seen if the wet weather will make a dent in the drought that's plaguing California and the western United States.

California's climate is hotter and drier now and that means the rain and snow that does fall is more likely to evaporate and less likely to absorb into the soil.

California's 2021 water year, which ended Sept. 30, was the second driest on record and last year's was the fifth driest on record. Some of the state's most important reservoirs are at record-low levels.