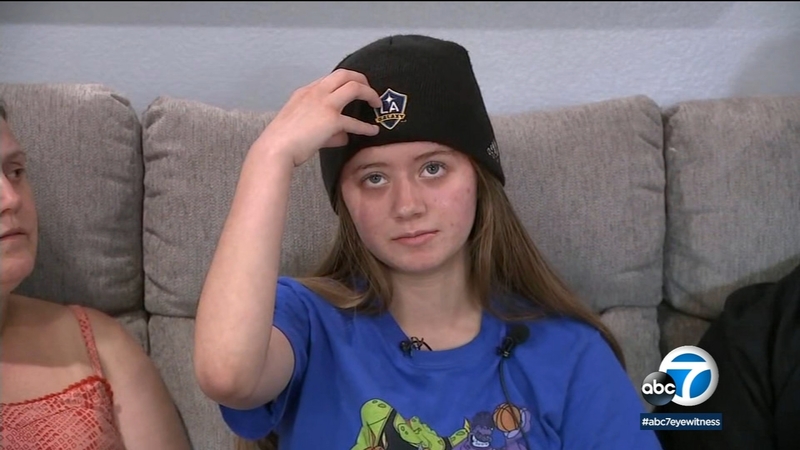 CORONA, Calif. (KABC) -- The teenage fan who was struck by a foul ball and injured during a recent Dodgers game is detailing how she blacked out and lost some vision in her eye during the incident.

Kaitlyn Salazar was sitting with her family about four rows back just beyond the dugout - and beyond where netting currently ends at Dodger Stadium.

The teen and her family spoke to Eyewitness News as she was was recovering at her Corona home.

She says she was getting up from her seat during the first inning to go to the restroom when she was struck by the line drive off Cody Bellinger's bat.

"When I was blinking, everything went dark," Salazar recalled. "And then came out in dark and light."

"It all happened fast."

"I know the game stopped because I looked around and no one was playing and I had a lot of people watching me." 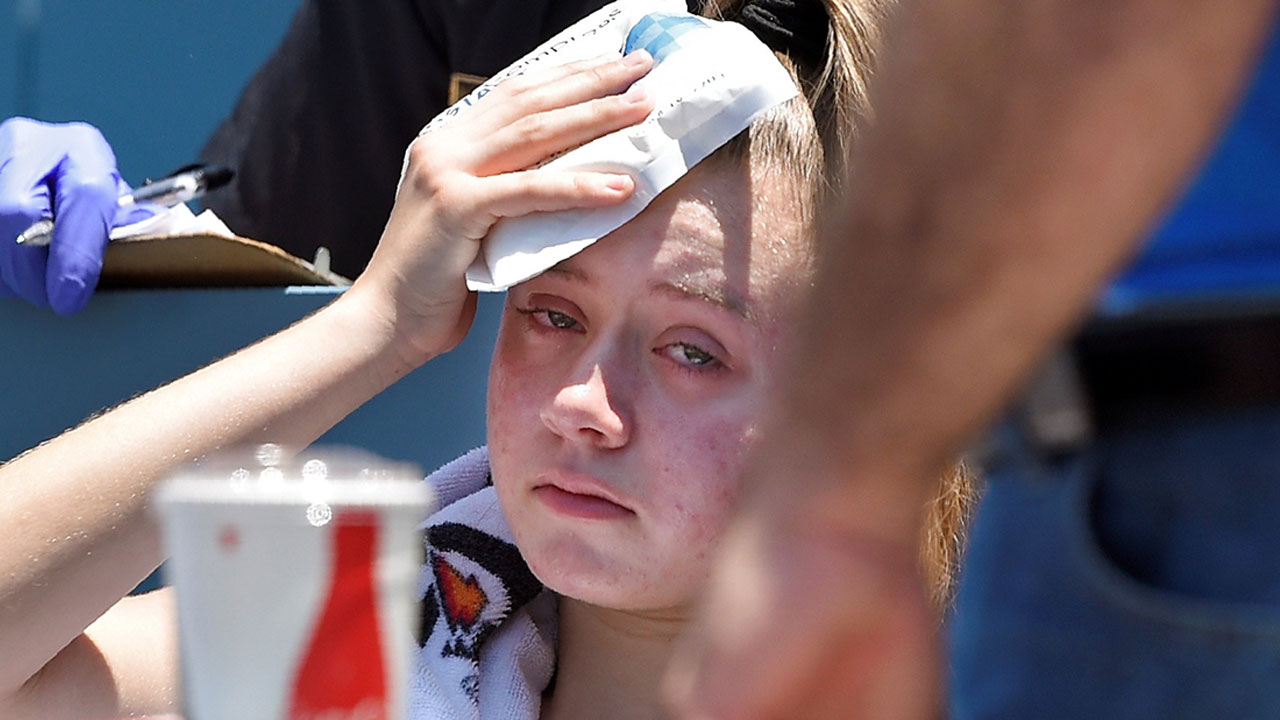 A fan was struck with a foul ball hit by the Dodgers' Cody Bellinger during a game against the Colorado Rockies, Sunday, June 23, 2019, in Los Angeles.

Her mother says the experience was equally frightening for her.

"It was extremely terrifying," said Roxie Salazar. "As a parent your job is to protect your children. It was really hard because I felt like I couldn't protect her from the ball."

The concern was also evident on Bellinger's face. He could be seen at the plate wincing and grabbing his own head as realized his errant ball had struck someone.

"He waved at me," Kaitlyn said. "Because I didn't have clear vision in my right eye, he looked like a blob to me. But my mom said he was waving at me and he gave me a thumbs up."

At first Salazar was treated with an ice pack to her head. But after about 15 minutes, she was taken to a local hospital for precautionary tests.

Salazar says she suffered a concussion and had vision problems in her right eye.

The day after, she continues to have trouble seeing, but says her doctors expect her to recover within a few weeks.

Last year, a 79-year-old fan died four days after being struck by a ball at Dodger Stadium.