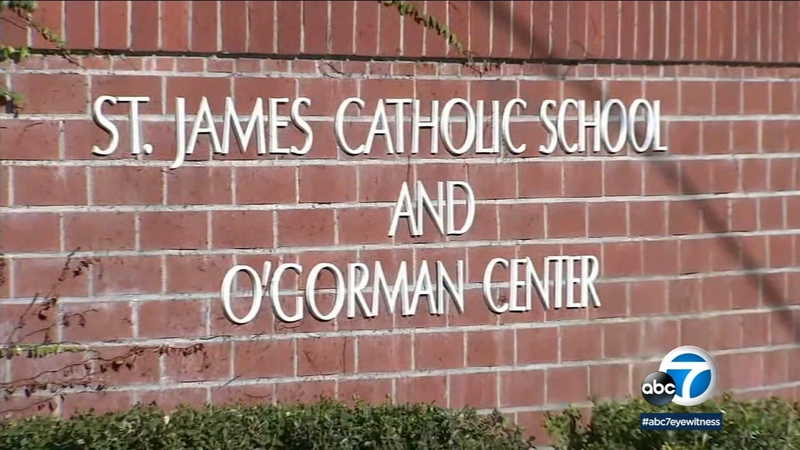 TORRANCE, Calif. (KABC) -- Torrance police urged families from St. James Catholic School to speak with them if the parents believe their money was embezzled by two nuns who were recently arrested for it.

One parent, Jack Alexander, said he believes more than $3 million was swindled from the school over the last 20 years.

The case involves two nuns accused of embezzling $500,000 from the school, but the case is getting more complicated. Former school principal Sister Mary Kreuper and Sister Lana Chang bilked the school of tuition, fees and donation money, according to the Archdiocese of Los Angeles.

Parents like Alexander are outraged. He believes they took at least $50,000 from him.

"All the time that we're hearing the school didn't have enough money for this or for that, the reality is coming out is well they had the money, but she was just diverting it for her own personal use and enjoyment," he said. "At schools you've got bake sales and PTAs and new uniforms and the new jerseys for the football team and all the things that you thought would be covered by the tuition - but she said they weren't so you just wrote the extra check."

Kreuper is the former principal who had been at the school for 29 years and Chang was an eighth-grade teacher for 20 years. Both are now retired. But investigators believe over the years, they used embezzled money for traveling and gambling.

While the initial estimates are in the hundreds of thousands, Alexander said parents have been combing through their own financial records and believe it's much more.

"They started by saying well it's not that much in the original letter and then they agreed that it might be $500,000 after three years. Well we've got estimates going into the millions," he said.

Police hope to glean more information from potential victims, like Alexander, and want the families to help in the investigation.