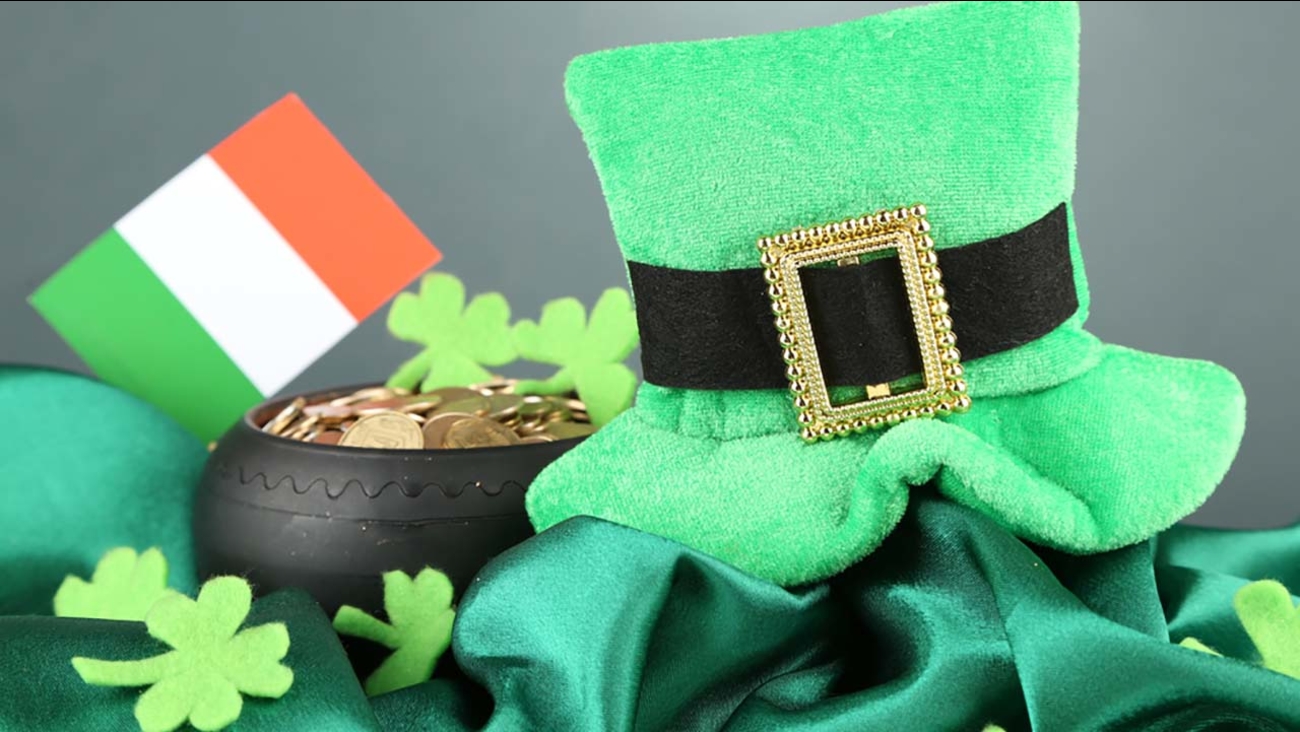 We're all just a little bit Irish on St. Patrick's Day, so impress your friends over your corned beef dinner or pint of green beer by dropping these traditional Irish words into your conversation.

Craic [krak]: Fun and entertainment, especially good conversation and company. Often preceded by the, as in, Come for the beer, lads, and stay for the craic!

Ceilidh [key-lee]: A party or gathering where singing and storytelling are the usual forms of entertainment. The term derives from the Old Irish word "cile" meaning "companion."

Limerick [lim-er-ik]: An often humorous five-line rhyming poem. Some etymologists trace the word limerick to a popular old jig called "Will You Come Up to Limerick?" referencing the Irish city Limerick. It is rumored that at social gatherings, attendees would sing this song and improvise verses between refrains.

Leprechaun [lep-ruh-kawn, -kon]: A type of fairy or sprite in Irish folklore. Comes from the Old Irish "luchorpn," which is derived from words "lu" meaning "small" and "corp" meaning "body."

Most importantly, try speaking with a thick brogue when pronouncing these words -- that's an Irish (or any thick regional) accent.

If you're the type to spin a yarn after a couple of pints, consider this list of supernatural creatures from Irish stories compiled by Dictionary.com.

Banshee: In Irish folklore, a banshee is a spirit in the form of a wailing woman who appears to family members to foretell the death of one of their own. This term came from the Old Irish term "ben side," meaning "woman of the fairy mound." Irish legend says only families of high rank and pure Irish blood hear the shrill of the banshee.

Abhartach: According to the 1875 volume of The Origin and History of Irish Names and Places by historian Patrick Weston Joyce, the abhartach is not to be taken lightly. This truly terrifying dwarf is a cruel tyrant whose magical powers allow him to rise from the grave and wreak havoc as an undead being.

Cluricaun: An Irish elf, or perhaps a fairy, in the form of a tiny old man. He exists in a state of perpetual drunkenness and loves to play practical jokes.

Far darrig: A small, supernatural creature that always wears a red coat and cap. In Irish, his name translates to "red man," and he's associated with nightmares.

Fear gorta: Literally means "man of hunger" in Irish. This supernatural being roams the earth in the form of an emaciated man during times of famine. He begs for food, and bestows good fortune on those who help him.

Sluagh: Ghosts of sinners, who, unwelcome in heaven or hell, must haunt the realm of the living. From the Irish word meaning "crowd," the slaugh were thought to move through the sky in flocks, collecting the souls of the dying.

Elln trechend: A horrifying three-headed monster from an Irish story dating back to the 8th or 9th century. Though translators agree that the elln trechend has three heads, some interpret it to be a bird or a vulture, while others believe it to be a fire-breathing dragon-like creature.