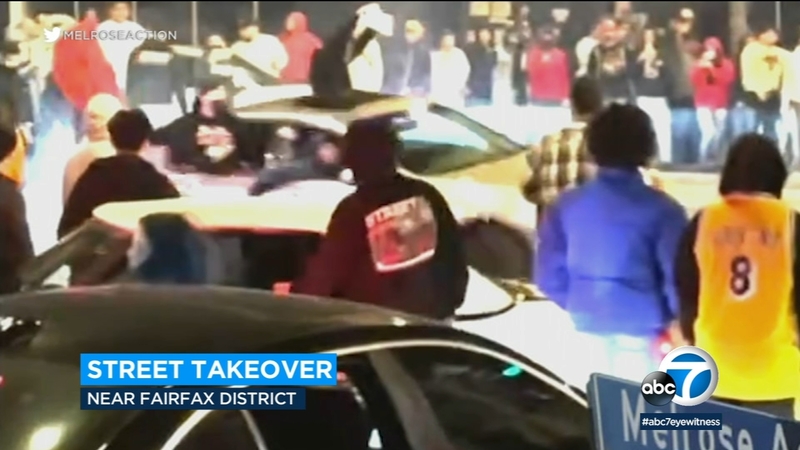 Video posted to social media at 12:18 a.m. Saturday showed a car spinning in circles as a crowd of about 100 people gathered to watch.

The wild stunt happened at the intersection of Gardner Street and Melrose Avenue, and sparked numerous calls from angry residents, according to the Los Angeles Police Department.

No arrest has been made.

One person was arrested after dozens of street racers brought traffic to halt on the eastbound side of the 91 Freeway in Bellflower.