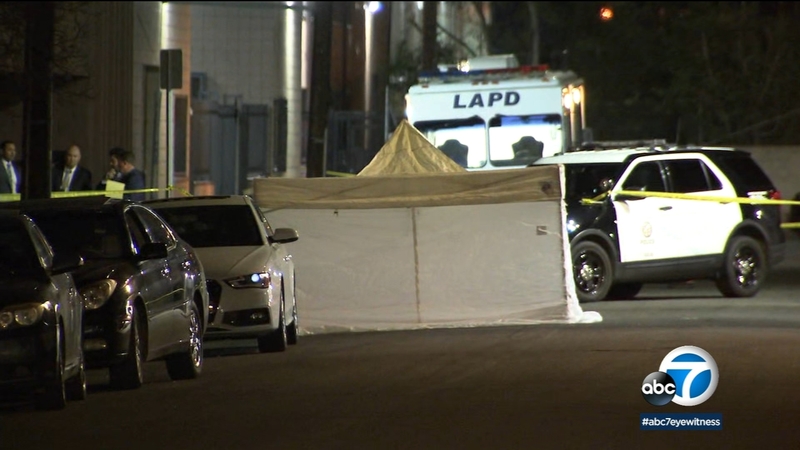 VAN NUYS, LOS ANGELES (KABC) -- An argument outside a strip club in Van Nuys turned violent when a suspect pulled out a gun and shot a man, according to police.

Los Angeles police officers were called to the the Red Tie Gentlemen's Club on Stagg Street just before 2:45 a.m. Friday.

The shooting victim has been identified as a man in his 20s or 30s.

Police say the suspect got into an argument with the victim then shot him and drove off.

Officers are looking for the shooter, along with two other men who were inside his car, which is described as a dark-colored sedan.

The parking lot of the strip club was the site of a deadly shooting just over a year ago. In February of 2019, a man was shot multiple times, also after a verbal altercation with a group of men.

An investigation into Friday's shooting is ongoing.