The goal is to get patients the help they need and be able to take them to mental health facilities.
KABC
By Rob Hayes 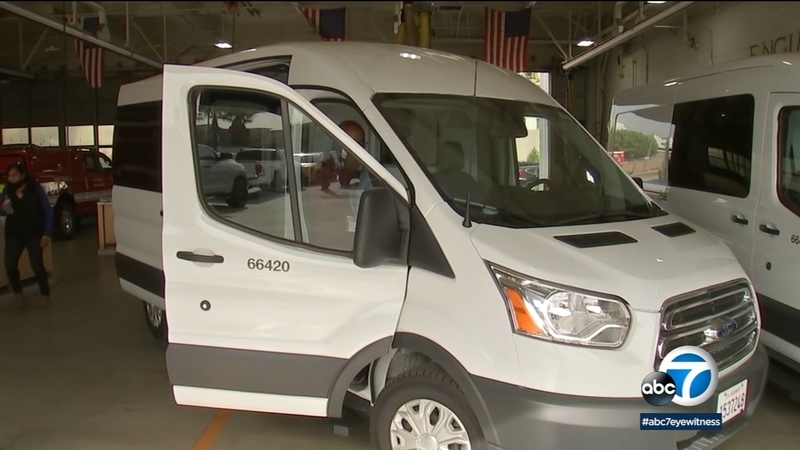 LOS ANGELES (KABC) -- Los Angeles city and county leaders unveiled a new way of dealing with mental health-related emergency calls, one that will help keep armed police officers out of the mix.

The joint effort is called the Therapeutic Transportation pilot program, which would give 911 dispatchers the option of sending a team of mental health workers in a van to certain calls that do not involve violence.

The goal is to get patients the help they need and be able to take them to mental health facilities. Current law requires ambulances to take all patients to emergency rooms.
EMBED More News Videos

The Los Angeles City Council has approved an LAPD reform plan to create an unarmed crisis response team to respond to nonviolent 911 calls.

"We don't have to call 911 and have police dispatched to help those in crisis, but in fact we can do it in a more humane and appropriate way of treating those who are mentally ill," said Los Angeles County Supervisor Kathryn Barger.

The program though is not cheap. Five of the vans will be on the road by the start of the year, and five more are expected to be deployed by spring. The price tag for those 10 vans is $25 million.

The program could end up paying for itself if it prevents cases like the 2018 police shooting of Charly "Africa" Keunang. LAPD ended up paying nearly $2 million to his family in just that one case.
EMBED More News Videos

The Los Angeles City Council has reached a $1.9 million settlement with the family of a homeless man who was shot and killed by police in a confrontation on Skid Row.