Teen found dead on side of 110 Freeway laid to rest: 'We could've done better by Tioni'

"I lost a piece of my soul it feels like," said the teen's father, Darien Jackson.
KABC
By Carlos Granda 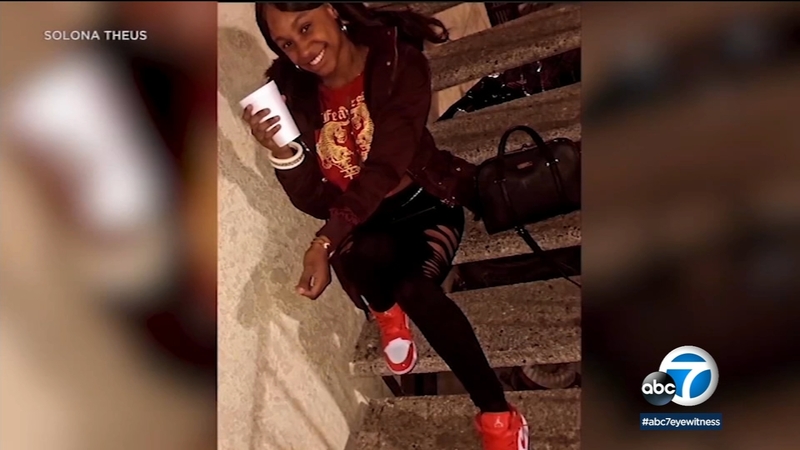 Tioni Theus case: Teen found dead on side of 110 Freeway laid to rest

LOS ANGELES (KABC) -- The 16-year-old girl whose body was left on a freeway ramp in South Los Angeles was laid to rest on Thursday as the hunt for her killer intensifies.

A funeral was held for Tioni Theus on Thursday nearly three weeks after her body was found. Authorities are now offering a $110,000 reward for tips that result in the arrest of her killer.

A $110,000 reward is now being offered to find the killer of 16-year-old Tioni Theus, whose body was found alongside the 110 Freeway in South L.A.

"We have to be there whenever we can," said the girl's great uncle, Michael Dolphin. "I'm really sorry to say we could've done better by Tioni."

Theus died of a gunshot wound to the neck, according to officials. She was last seen Jan. 7 in Compton and had told her father she was meeting a friend to go to a party.

Drivers reported seeing her body dumped on the ramp's shoulder off the 110 Freeway the next morning, according to the California Highway Patrol.

"I lost a piece of my soul it feels like," said the teen's father, Darien Jackson. "This is the second kid I've lost in four-and-a-half years."

The 16-year-old was reportedly a victim of human trafficking, according to the Los Angeles County District Attorney's Office.

"For too long, many young African American girls - babies, 16-year-olds - have been snatched in the human trafficking and very little is being said, and it's time for that to stop," said community activist Robert Sausedo.

Investigators tell Eyewitness News as of Thursday, they do not have any new leads. Anyone with information is urged to contact the California Highway Patrol.