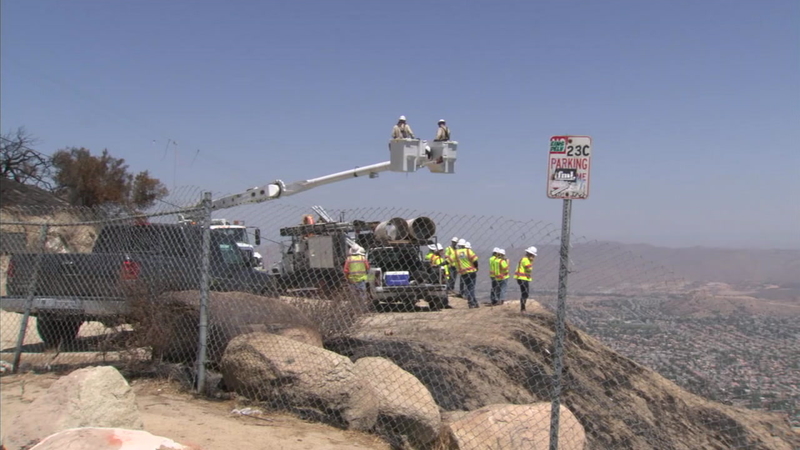 TRABUCO CANYON, Calif. (KABC) -- Fire officials on Tuesday announced that containment of the massive Holy Fire has reached 64 percent, offering more hope to residents of Riverside and Orange counties even as thousands of homes remained threatened by the blaze that erupted more than a week ago.

The wildfire has burned 22,986 acres and destroyed at least 12 structures in the Cleveland National Forest with more than 1,500 firefighters on the front lines.

As the fire entered its ninth day, helicopters and airplanes continued to drop fire retardant on flames burning in otherwise inaccessible terrain. In some neighborhoods, entire blocks were covered with red Phos-Chek.

Still, approximately 2,700 properties remain threatened and 7,000 are under a mandatory evacuation order.

In the eight days since flames erupted, there's only been one report of a burglar in evacuation areas, and police have made an arrest.

The fire has delayed the start of class for many schools in the Corona-Norco Unified School District.

Mandatory evacuations have been lifted for some communities, including El Cariso and Rancho Capistrano.

The fire has been burning since Aug, 6, when it was first reported near Holy Jim Canyon and Trabuco Creek roads - across the main divide between Orange and Riverside counties.