The family of Trisha Paddock say they hope everyone remembers her for who she was and what she did for the community.
KABC
By Jaysha Patel 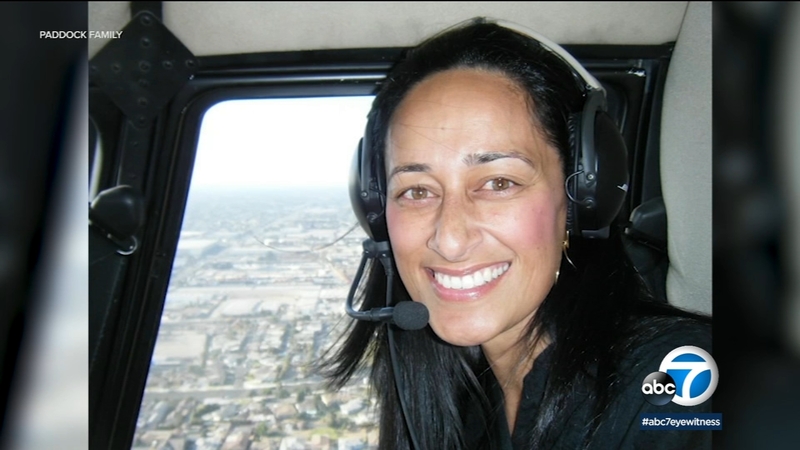 She suffered a heart attack and collapsed at the finish line at the Los Angeles Marathon Sunday. She later died.

Her family is mourning, but they say they hope everyone remembers her for who she was and what she did for the community.

"Maybe she's just too good to be here. It's kind of a conversation we had as a family last night. Maybe she got a Ph.D. in life already and she learned all the patience she needed, or learned all the brotherly kindness you needed, and it was time for her to move on," said Ryan Paddock, Trisha's husband.

A 46-year-old woman who collapsed at the finish line of the Los Angeles Marathon has died, the race's first death since 2007, organizers announced Tuesday.

Ryan says his wife was passionate about diversity, equity and inclusion. He says she always led with kindness in whatever she did.

Trisha Paddock's oldest daughter, Hannah Paddock, was studying abroad in Rome and came home when she heard of her mother's death.

She says she thinks of what happened as symbolic. She says her mom finished her race in life as well.

Trisha was running in the Charity Challenge Half Marathon in behalf of an organization called the Asian American Drug Abuse Program, also known as AADAP.

The organization primarily is a substance abuse treatment program that provides social service programs to the Los Angeles community.

"When we put out the message to run this year around October, November, she was one of the first ones to volunteer to sign up, and she said that her heart was in supporting AADAP and she thought this was a good way for her to do that," said Dean Nakanishi, CEO of AADAP.

A fundraiser has been set up to help the family with medical bills and expenses.

Trisha is survived by her husband Ryan and three kids Eden, RJ and Hannah Paddock.