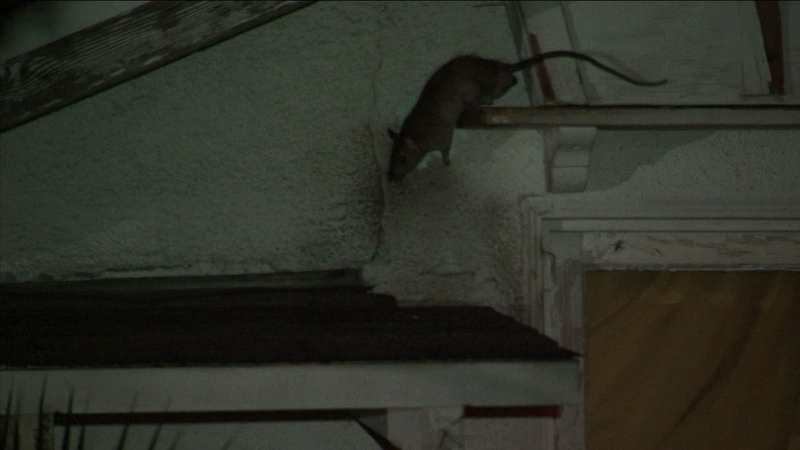 "It's disgusting. It's disgusting, and it's not safe for my kids. It's not fair to us that my kids can't just play outside and be kids," one resident said.

The resident, who wanted to be anonymous, said the rats flood out of that house in groups of up to 20 or even 30, crawling up the roof and through the yard and getting into other homes, which creates a health hazard for other residents.

Some parents said they can't let their children play in their backyards because of the accumulation of rat feces throughout their yards.

"We've seen them crossing over the fence into the woman's yard in packs - if packs is more than one - we're talking like 20," another resident said.

Another resident, Jerry, said the problem has going on for as long as two years. He's seen as many as 15 to 20 rats on the roof and he can hear them at night.

"I've had to have my property professionally screened and rescreened and exterminated multiple times," he said.

Just like other nearby residents, Jerry said he and his family try to stay indoors and no longer have any family or friend functions at the home.

"We live inside the house. Out front of the house during the day. Nobody wants to go outside at night because we know what's out there," he said.

Residents said they've spoken with the homeowners about the problem and the homeowners claim they're trying to trap the rats and move them out of the neighborhood because it's against their religion to kill them.

Those homeowners also claim the rodents are marching in from the nearby flood control channel connected to the L.A. River.

"They're everywhere," John Bueno said. "I'm sure like anywhere else, if you go to any other neighborhood you'll find one or two running around. What we do is we bought the humane traps because we don't believe in killing them, and we trap them."

His wife, Lisa, later spoke with Eyewitness News and reiterated the problem is not exclusive to their home.

"I think, in part, because it's the wash that runs behind most of our houses. I think it's also, in part possibly, because of the summer and the drought - the hot summer. The neighborhood has an issue and always has. There is absolutely no proof that any rat problem whatsoever originated from this property - at all," she said.

She added that they've trimmed trees around the home and cleared brush in an effort to remove the rats in a humane way.

"As a Christian - not to necessarily kill and put out poison, where it's a slow torturous death if there are possibly other humane means to rectify the issue or the situation," Lisa said.

Lisa went on to say that she's tried speaking to Jerry about the rats on his property, and Jerry said he's tried to talk to Lisa for several years.