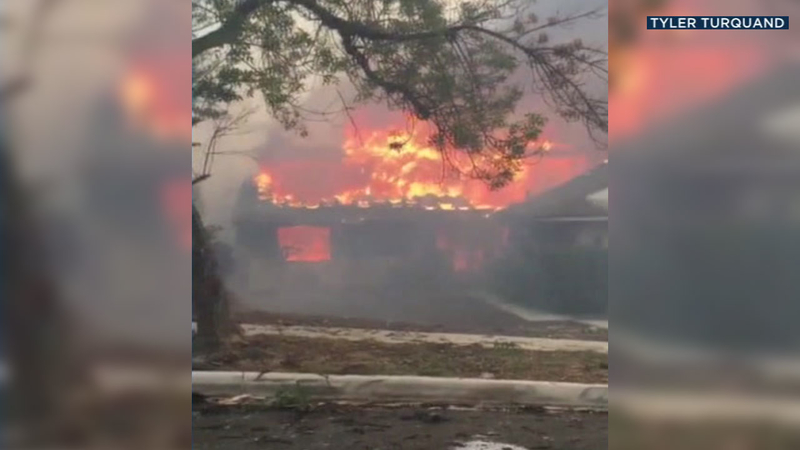 Melanie Turquand on Monday returned with a neighbor to Parkmor Road, where her husband Tyler stayed behind to try to save their place.

He described the apocalyptic scene as the Woolsey Fire roared through his street.

"It was a bridge of flame from over there to this house, and I was literally putting out fire on my roof, my gutters, my plants," Tyler said. "There was a fireman over here, shooting on that house then turning around and shooting on my house and directing me where to put out fire."

Their house was spared; however, Tyler said he was regretting his choice to stay behind. The heat of the flames became unbearable.

"I literally thought this is the end for me, I'm not getting out of here," he recalled.

Along Parkmor Road, eight homes were lost. One resident, whose house was not damaged, checked on his neighbor's place and had to deliver the bad news.

"It's terrible. I mean, it's not a good feeling. It's sad. That could be your house, for instance, you know," said Calabasas resident Mike Jaridh.

As for Tyler, he feels for his neighbors.

"My house is standing and I'm grateful for that, but it's less about me and more about my neighborhood that took a massive hit," he said.