Live election results and coverage for the 2020 presidential race 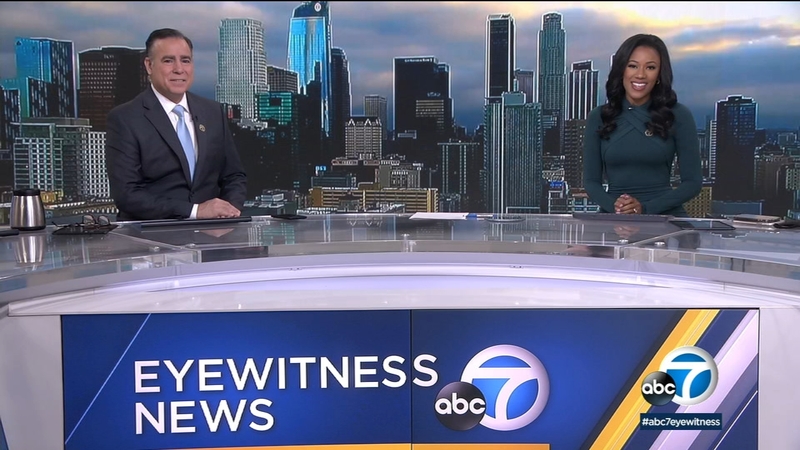 LOS ANGELES (KABC) -- From the 2020 presidential election to local Southern California races, ABC7 has you covered with the latest results and live updates.

Watch election coverage streaming on ABC7.com as well as our mobile and connected TV apps for Roku, Amazon FireTV, AppleTV and AndroidTV.

Download the ABC7 Los Angeles app on your iPhone or Android device and opt into push notifications to get the latest updates on the 2020 election.

8:27 a.m
ABC News characterized Joe Biden as the apparent winner in Pennsylvania -- a win that made him president-elect and Kamala Harris the first Black and Asian woman elected vice president of the United States.

2:30 p.m
Joe Biden's lead over President Trump in Georgia widened to 4,263 votes. The battleground state has not yet been called for either side. Get the latest Georgia results here.

8 a.m.
Georgia Secretary of State Brad Raffensperger said Friday morning that an estimated 5,000 outstanding ballots are left to be reported -- many in counties where the former vice president was in the lead.

Raffensperger alluded to a recount in a Friday morning press conference, but Georgia has no automatic or mandatory recount and can only do so if the margin between the two candidates is less than 0.5% of the total votes. According to Gabriel Sterling in the secretary of state's office, recounts cannot be requested until after results are certified.

2:30 a.m.
Joe Biden took the lead over President Donald Trump in the battleground state of Georgia. Biden now has a 917-vote advantage.

11 p.m.
President Donald Trump's lead over Joe Biden in the battleground state of Pennsylvania decreased to fewer than 20,000 by Thursday evening.

7:30 p.m.
Proposition 18 has failed, according to the Associated Press. The state ballot measure would have let 17-year-old Californians vote in primaries if they turn 18 before the general election.

5:52 p.m.
By Thursday evening, Trump's lead over Biden had narrowed to less than 3,500 votes in Georgia.

5:46 p.m.
A federal judge has denied a bid by President Donald Trump's campaign to stop the vote count in Philadelphia over observer access, urging the two sides to instead forge an agreement.

10:30 a.m.
A Michigan judge has dismissed a lawsuit by President Donald Trump's campaign in a dispute over whether Republican challengers had access to the handling of absentee ballots.

9:40 a.m.
In Pennsylvania, the Trump campaign scored a legal victory after the commonwealth court ruled that Republican observers would be allowed within 6 feet of the canvassing process, rather than 20 feet.

9:20 a.m.
A judge in Georgia dismissed a lawsuit by state GOP and the Trump campaign that asked to ensure a coastal county was following state laws on processing absentee ballots.

4 a.m.
Former Vice President Joe Biden on Thursday morning held a slim lead over President Donald Trump in Nevada. According to ABC News, Biden was leading by less than 8,000 votes in the Silver State with 86% of the expected vote reporting and about 1,169,00 votes tabulated. About 76% of Nevada's total was estimated to be early or absentee votes.

7:15 p.m.
The Los Angeles County Registrar's office says there are 618,200 ballots left to be counted in the county, the majority of them sent by mail. The registrar's office will continue to accept ballots through Nov. 20 if they are postmarked by Election Day or earlier.

6:50 p.m.
A couple hundred demonstrators took to the streets of Manhattan earlier on Wednesday to support "Count Every Vote." However, several arrests were made Wednesday night as protesters set fires and clashed with police. Sources tell ABC News that at least 17 people were arrested and charged with resisting arrest, disorderly conduct, unlawful assembly and obstruction government administration.

Derick Waller reports on the protest from Washington Square Park.

6:18 p.m.
Former VP Joe Biden and his campaign have not declared victory, but are exuding confidence. They continue to tell their supporters to, "keep the faith".

4:50 p.m.
An anti-Trump protest is moving through downtown Chicago Wednesday, calling on President Donald Trump to concede the 2020 election.

1:10 p.m.
Former VP Joe Biden delivered remarks in Delaware, saying, "When the count is finished, we believe we will be the winners." Get the latest election results here.

1 p.m.
California is sticking with its traditional cash bail system, rejecting a nation-leading move to rely instead on risk assessments to decide which suspects should remain jailed awaiting trial. With more than 11 million votes counted as of Wednesday, Proposition 25 had just 45% support.

12:45 p.m.
President Trump and former Vice President Joe Biden are battling it out in the battleground state of Pennsylvania, hoping to claim its 20 electoral votes on the way to the 270 needed to win. The Trump campaign announced that it was suing to stop the vote count in Pennsylvania.

Update on the legal fight ahead with the 2020 presidential election

12 p.m.
With 100% of precincts reporting, ABC News reported that Biden held about a .5% lead over Trump in Wisconsin. At last count, Biden was leading the total vote count with 1,630,389 to Trump's 1,609,879 votes, a difference of a little more than 20,000 votes. Because the vote is very close and has not yet been certified, ABC News said it is not projecting a winner, but said Biden was the apparent winner of the state.

11 a.m.
President Trump's campaign manager, Bill Stepien, said the president would formally request a Wisconsin recount, citing "irregularities in several Wisconsin counties." The state allows for an apparent losing candidate to request a recount if the margin is less than 1%.

10 a.m.
Former Vice President Joe Biden on Wednesday morning held a slim lead over President Donald Trump in Nevada, a state no Republican presidential candidate has won since 2004 but that has remained a highly contested battleground.

9 a.m.
Former Vice President Joe Biden now officially has the most votes of any presidential candidate in history - but that doesn't mean he's won the election.

6 a.m.
As ballots continue to be counted, Orange County may have hit a new record high for voter turnout. According to the O.C. Registrar, turnout was close to 73% this year, and that's before all of the mail-in votes are counted. That means it could surpass 2016's voter turnout, which was 80%. Get the latest O.C. election results here.

4 a.m.
Joe Biden has now taken a 20,000 vote lead in the key battleground of Wisconsin.

11:40 p.m.
Proposition 22 - PASSES: California voters have approved Proposition 22 to reclassify drivers for rideshare services such as Uber and Lyft as independent contractors.

11:31 p.m.
Proposition 21- FAILS- A ballot measure that seeks to overhaul rent control in California has failed, according to Associated Press projections.

Here is where all of California's 2020 propositions stand so far on Election Night.

10:33 p.m
President Trump projected winner in Montana and former VP Joe Biden to win Minnesota, ABC News reports.
Proposition 17- PASSES- This will allow voting rights when a person completes their prison term, but they will still be on parole.
Proposition 20- FAILS- The ballot initiative would have changed a number of criminal sentencing and supervision laws that were passed between 2011 and 2016. It would have allowed prosecutors to charge some crimes, that are now misdemeanors, as felonies.
Proposition 23- FAILS- This would have required a physician or nurse-practitioner at dialysis clinics.

9:32 p.m
Current Speaker of the House Nancy Pelosi has been reelected to the U.S. House in California's 12th Congressional District.

RELATED | When will we find out who wins the 2020 presidential election? Here's when we can expect results
EMBED More News Videos

3:07 p.m.
LAPD declared a citywide tactical alert to ensure sufficient resources to address any incidents that may arise as a result of Election Day activities.