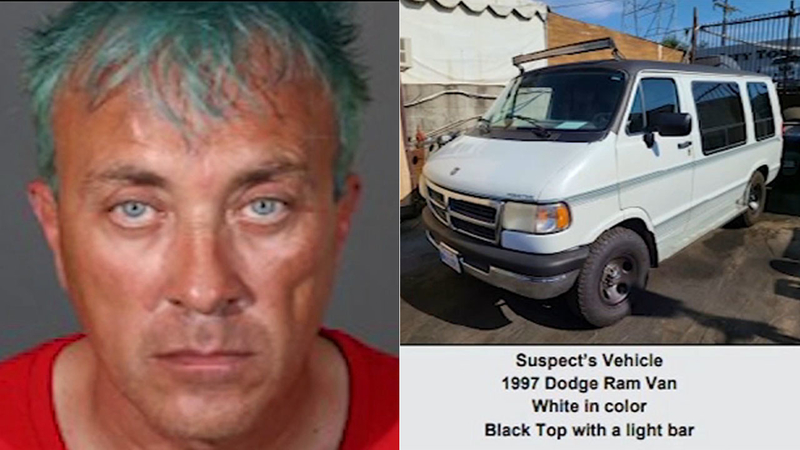 WeHo suspect out on bond 1 day after alleged kidnapping

WEST HOLLYWOOD, Calif. (KABC) -- An alleged kidnapper is back out on the streets just one day after he was allegedly spotted in West Hollywood carrying an unconscious woman to his van and speeding away.

Investigators say he was a predator on the prowl, carrying an unconscious woman in West Hollywood's bar/nightclub area to his van and driving away. Witnesses called 911 and deputies were able to track him down, taking him into custody around 3 a.m. Friday.

In the early morning hours on July 23, 2021, West Hollywood Sheriff’s station deputies arrested
Fernando Diaz for Kidnapping after he was seen carrying an unconscious woman to his van and driving away. pic.twitter.com/VhxTMCOc1a

Investigators are concerned there may be other alleged victims and are asking the public to come forward with information.

Diaz was driving a distinctive 1997 Dodge Ram van, which is white with a black top and a light bar.

Anyone with information is asked to call Det. Cynthia Mejia at the Los Angeles County West Hollywood sheriff's station at (310)358-4028.