"For someone to want to take his light and put it out ... it absolutely angers me," said the mother of the victim.
KABC
By Leanne Suter 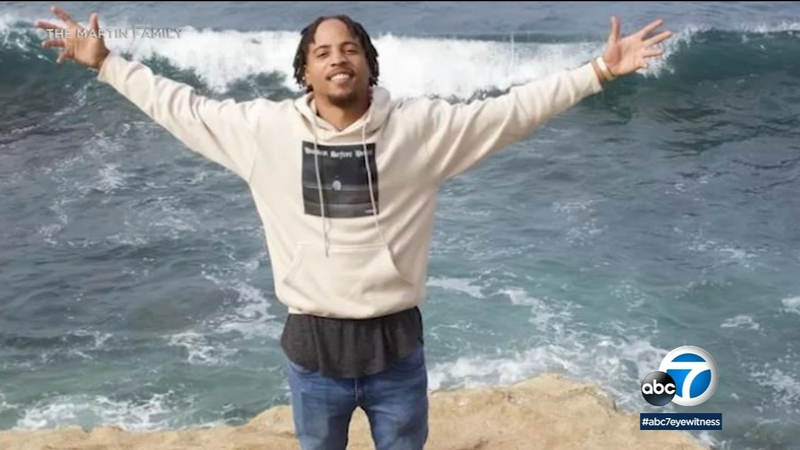 WEST HOLLYWOOD, Calif. (KABC) -- The family of a young musician who was shot in the head while trying to stop a robbery on the Sunset Strip in West Hollywood over the weekend is asking the public for help in finding the person responsible.

"For someone to want to take his light and put it out ... absolutely it angers me," said Donna Martin, the mother of 27-year-old Chris Martin.

She spoke with Eyewitness News on Wednesday and said her son remains hospitalized in grave condition.

"It saddens me that my child's life, or any human being's life, doesn't mean anything to a person who can pick up a gun and attempt to take my child's life," said the mother.

The shooting broke out in the 8200 block of W. Sunset Boulevard, near Roxbury Road, at around 3 a.m. Saturday.

The search is on for the suspect involved in a shooting that left a man critically injured on the Sunset Strip in West Hollywood early Saturday.

The Los Angeles Police Department said the suspect was committing a robbery when Martin yelled at him to stop. That's when the suspect shot Martin and then took off, according to investigators.

Donna Martin said her son, who is from San Diego, was in town for a friend's birthday. He was trying to help his friend, who was apparently the one who was being robbed.

"I keep wanting to wake up from this nightmare sometimes," said the mother. "I'm just still in disbelief that Christopher, of all people, has been shot."

The extent of Chris Martin's injuries wasn't discussed by his family, but they're hoping for the best. Chris played football for UC Davis. Aside from pursuing music, he's also a caregiver to his cousin, who is disabled.

His family describe their loved one as loving and ambitious.

"He's full of so much energy and positivity, and he loves the Lord and he loves helping people," said his mother.

A description of the shooter was not available. Police are asking anyone with information to contact local authorities.