'Hamilton' on Disney Plus: Meet Lin-Manuel Miranda and other original cast members

'Hamilton' on Disney Plus gets you better than the best seat in the house, Lin-Manuel Miranda says
OTRC 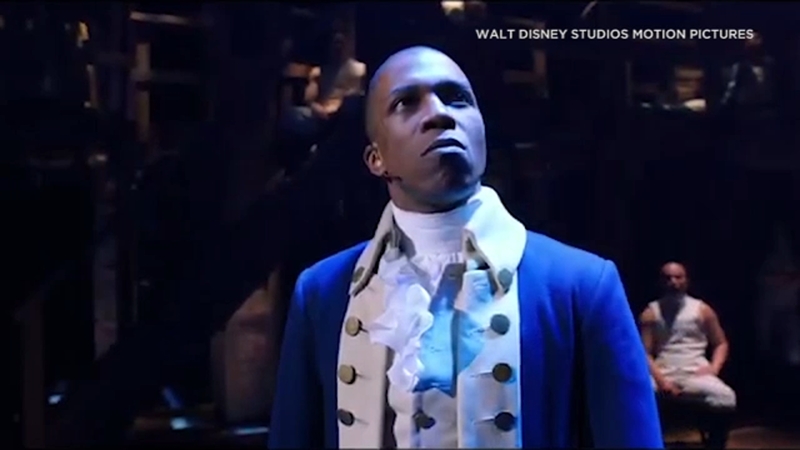 EMBED <>More Videos
NEW YORK -- Millions of fans can't wait to be in front of the screen when it happens as the unforgettable Broadway show "Hamilton" begins streaming on Disney+ on Friday, July 3.

WABC-TV's entertainment reporter Sandy Kenyon sat down with Lin-Manuel Miranda, the show's creator and star, and other members of the original cast to talk about "#Hamilfilm" as it's become known on Twitter.

May you always be satisfied... pic.twitter.com/42ecf0XkHO

Miranda said like restaurants, Broadway can only serve so many customers at a time. He said they wanted to make sure the show was captured so the world can see what was happening inside the theater.

"Hamilton" is the story of America then, told by America now. Featuring a score that blends hip-hop, jazz, R&B and Broadway, 'Hamilton' has taken the story of American founding father Alexander Hamilton and created a revolutionary moment in theatre - a musical that has had a profound impact on culture, politics, and education.

The screen version of the show was filmed at The Richard Rodgers Theatre on Broadway in June of 2016.