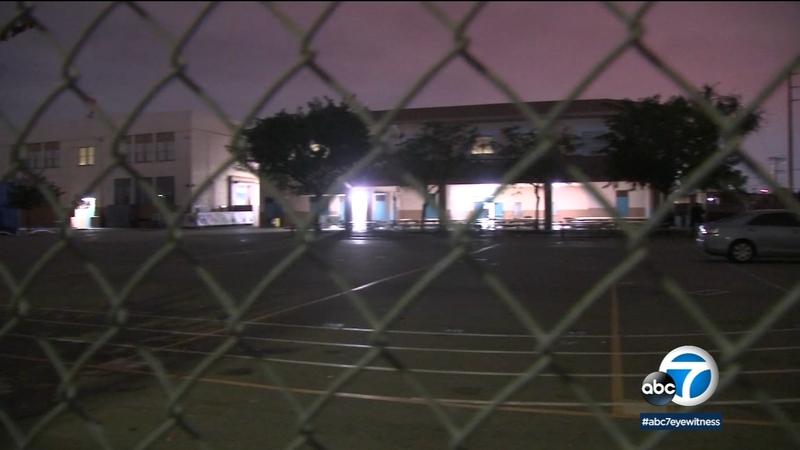 WILMINGTON, LOS ANGELES (KABC) -- The union representing Los Angeles Police Department officers on Wednesday announced a $20,000 reward for information leading to the arrest and conviction of the person who killed a 12-year-old boy in Wilmington.

"This is an attack on the sense of safety of all Angelenos,'' Craig Lally, president of the Los Angeles Police Protective League, said in a statement. "It rips at the very fabric of our society. When the arrest is made we urge District Attorney (George) Gascón to not let the dangerous perpetrator out on bail and to actually prosecute this heinous act, using every enhancement legally allowed.''

The shooting occurred around 4:45 p.m. Monday at Denni Street and Blinn Avenue near Wilmington Park Elementary School, killing Alexander Alvarado, who lived in Wilmington and would have turned 13 later this month.

The shooter also struck a 30-year-old woman who was sitting in an SUV with Alexander, and a stray bullet struck a 9-year-old girl who was in the playground at nearby Wilmington Park Elementary School, where she was taking part in an after-school program.

The woman and girl both survived.

A 12-year-old boy was killed and a woman was wounded in a shooting that led to a 9-year-old girl being struck by a stray bullet in Wilmington Monday afternoon.

According to police, at least two people approached the Dodge Durango SUV and opened fire for unknown reasons. After the shooting, the woman in the SUV managed to drive a short distance away, stopping at North Eubank Avenue near East Anaheim Street, where she and the boy were found by authorities, police said.

No suspect description has been released.

The L.A. Police Protective League urged anyone with information about the crime to call the LAPD's South Bureau homicide detectives at (323) 786-5100.